AMD for the first time shown off their latest addition to their APU linup, the A8-7650K, which may be AMD's best budget APU yet.

The AMD A8-7650K is a Quad core AMD APU clocked at 3.3GHz with a Turbo of 3.7GHz. It also has 6 GPU cores, making this APU looks almost identical to AMD's existing A10-7700K but with a lower price and slightly lower clock speeds. 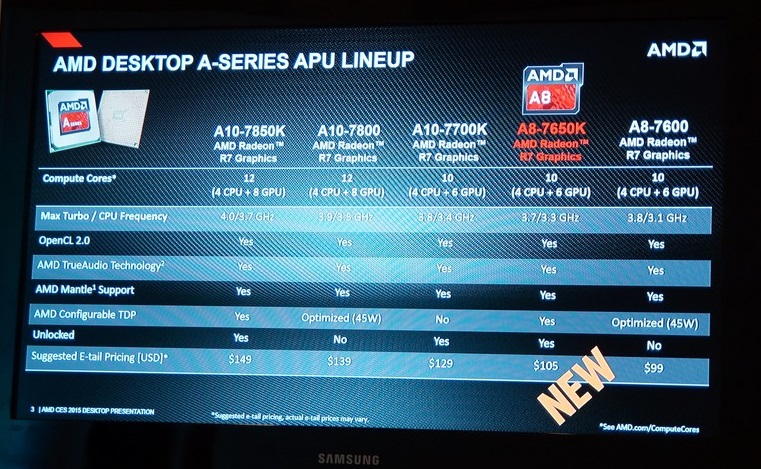 Being a K series APU, this GPU will be overclocking compatible, meaning that the clock speed disadvantages compared to the 7700K. One other thing to note is this APU is the cheapest AMD HSA compatible CPU with 4 Unlocked CPU cores. 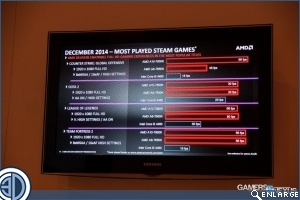 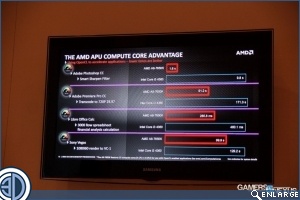 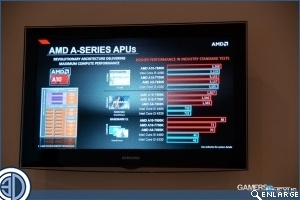 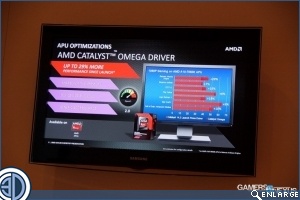 Pictures above are some of AMD's internal benchmarks for the A8-7650K APU which shows some impressive performance for some popular games at 1080p. These are AMD own benchmarks, so take their results with a little bit of salt, especially given that none of these games are particularly demanding.

Meladath
I actually think right now a great budget rig for the "average house computer" that games a bit maybe with a kid would be a rig with an APU and a decent SSD. They don't need the CPU or GPU power for anything really, but having it both in there for cheap + HSA and compute stuff might make random bits faster, and we all know the majority of "slow PC" stuff is due to Disk I/O which the SSD would solve.

While I am not interested in APU's for myself (although an APU + GPU crossfire setup would be awesome if it could compete in price/performance) I don't mind that they are putting work into them, and this looks like a great price/performance offering.

As long as zen gives intel a run for its money