AMD are rumoured to launch 7nm Gray Hawk APUs in 2019, which will use Zen+ CPU cores and Navi powered GPU cores. These APUs are expected to power desktops, laptops and even arcade gaming systems and come with TDPs as low as 10W.

With their new Zen CPU architecture and their Polaris GPU architecture, AMD is set to release their strongest APU to date in 2017, offering an APU that might actually deliver enough gaming performance to satisfy gamers on a low budget.

This new APU looks like it will offer GPU performance that is a little lower than AMD's Polaris 11 GPU, which contains a total of 16 graphical compute units, placing this APU at a performance level that is similar to the Xbox One. 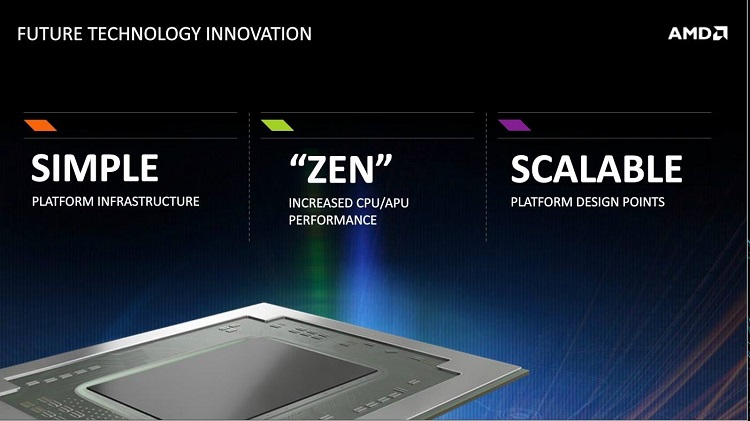 Moving forward AMD is expected to use Globalfoundries 7nm process to replace their 14nm process, though this will be several years in the future, so expect 14nm to be with us for a while longer.

With the Zen and Zen+ architecture AMD is aiming to reduce TDP while delivering strong single threaded performance, hopefully allowing them to compete favourably with Intel in the mobile and desktop markets.

You can join the discussion on AMD's Zen+ powered 7nm Grey Hawk APUs on the OC3D Forums.

Greenback
I wonder how long before APU's get to a point for people like me who don't mind not having ultra settings are happy with medium to high and only game at 1080p, to just use and get a steady 60 fpsQuote

WYP
Quote:
Looking at the leaked specs that first Zen APU will have performance similar to an RX 460, which is pretty decent TBH.Quote

dwatterworth
More adaptive sync monitors with ever strengthening APU's will be key to deliver that threshold of performance / graphical quality for the mainstream gamer.
The low cost freesync monitors are tempting to try, even with low sync ranges.
The 20hz-60hz would seem to be the most valuable in that realm perhaps?Quote
Reply