What are the power limits of AM5? AMD Answers

One of AMD's biggest showcases at Computex 2022 was for their new Ryzen 7000 series processors and their new AM5 CPU platform. At Computex, AMD declared that their AM5 socket was capable of handling 170 watts of power, causing a lot of confusion regarding what this value meant.

Was 170W a TDP (Thermal Design Power) value or a PPT (Package Power Tracking) value? Typically PPT is 1.35x higher than TDP for AMD, which means that the distinction between TDP and PPT matters. Thankfully, AMD has released a statement to clarify this matter. AMD's 170W value is a TDP value, making 230W the true power limit of socket AM5.

As you may have seen there has been a lot of discussion recently on TDP/PPT stemming from our keynote at Computex (and the conflicting details that were shared during some of the pre-briefs mentioning 170 W was the PPT). Our press release and keynote slides were indeed correct about the power specs of the AM5 socket - The TDP is 170 W; The PPT is thus 230 W. Our official statement is below:

This new TDP group will enable considerably more compute performance for high core count CPUs in heavy compute workloads, which will sit alongside the 65 W and 105 W TDP groups that Ryzen is known for today. AMD takes great pride in providing the enthusiast community with transparent and forthright product capabilities, and we want to take this opportunity to apologize for our error and any subsequent confusion we may have caused on this topic. 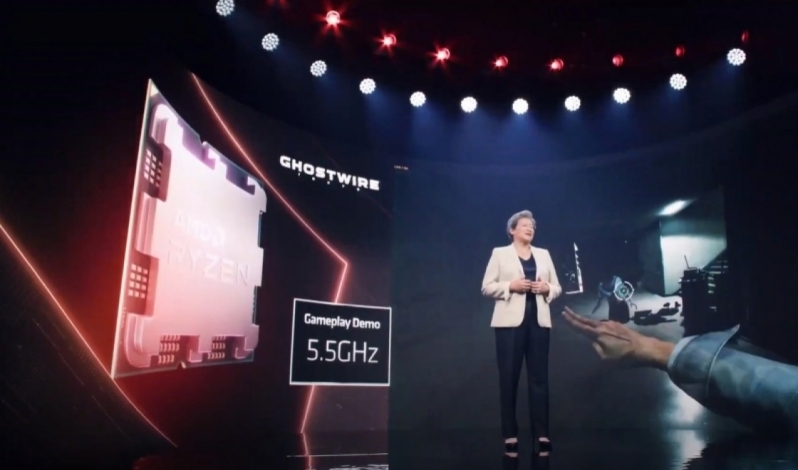 Does this really matter?

At this time, AMD has not confirmed that the highest TDPs will be for their upcoming Ryzen 7000 series CPU models. Just because AM5 can handle a TDP of 170W doesn't mean that AMD will be using that TDP level with their Ryzen 7000 series. That said, it would make sense for AMD to push their highest-end Ryzen models as hard as they can.

Today's Ryzen 5950X processor has a TDP/PPT of 105/140W, which is significantly lower than what AMD's new AM5 socket is capable of. If AMD creates CPUs with a TDP of 170W, PC builders should expect a significant performance increase over today's Ryzen 7000 series CPU models, as AMD's higher power levels should translate to higher all-core clock speeds.

You can join the discussion on AMD's clarification regarding AM5's power limits on the OC3D Forums.