CES 2022 will be a big event for AMD. The company has stated that 2022 will be an "unforgettable year for gamers, creators and mobile PC users" on the company's website.

AMD has confirmed that their January 4th CES keynote will "highlight innovations and solutions featuring upcoming AMD Ryzen processors and AMD Radeon graphics", which means that we should see new products from both the CPU and GPU sides of AMD's business. AMD's keynote will be live-streamed, and replays will be available after the event is finished.

Currently, AMD is expected to showcase enhanced Zen 3 processors that feature the company's V-Cache technology. Additionally, AMD is also expected to reveal new Ryzen Mobile processors and Radeon graphics products. AMD's mention of "creators" on their website also suggests that we will also be seeing new Threadripper series CPUs at the event. 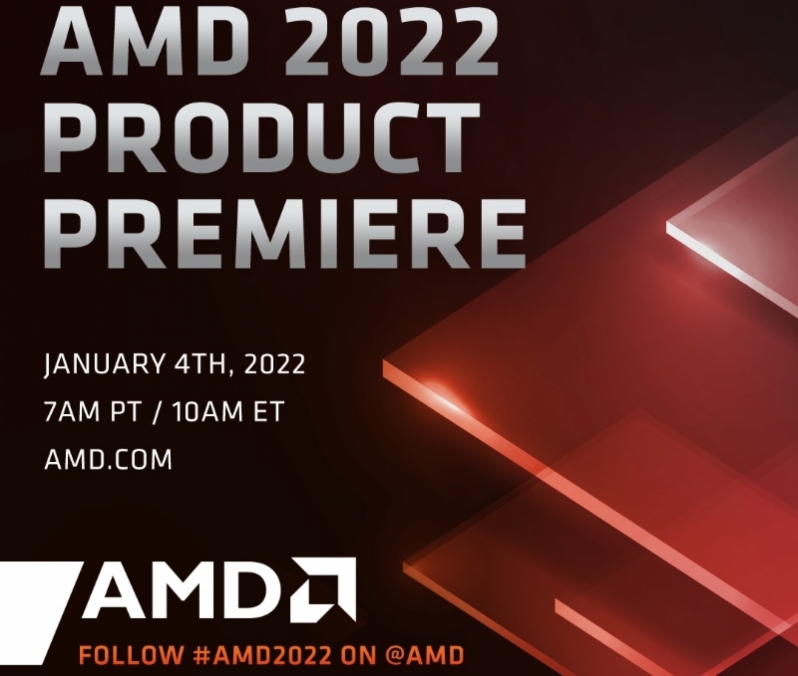 The AMD Product Premiere livestream will be accessible to the public beginning at 10 a.m. EST on Tuesday, January 4 at AMD.com; replays will be available after the conclusion of the livestream event.

You can join the discussion on AMD's CES 2022 plans on the OC3D Forums.