AM5 will be a long-term socket from AMD

Expect AM5 to be another long-lived CPU socket from AMD

During the company's Together We Advance_PC livestream, AMD confirmed that they would be supporting their new AM5 CPU socket until at least 2025, which means that the company's AM5 socket will be another long-lived motherboard platform.

Typically, Intel (AMD's primary competitor in the CPU market), replaces its motherboard sockets every two product generations. This practice forces to purchase new motherboards with almost every CPU upgrade, as most customers do not upgrade with every new CPU generation. With AM4, AMD took a different approach, supporting their original AM4 motherboards long after their initial launch. With AM5, AMD plans to continue this trend, confirming that they will be supporting the platform until at least 2025.

At a minimum, PC gamers can expect AMD to support AM5 in 2022, 2023, 2024, and 2025. It is also possible that AMD will support AM5 in 2026, though AMD has not firmly committed to this. What this means is that AM5 users can expect their motherboards to last though several upgrade cycles. It is likely that AMD's 600-series AM5 motherboards will support future Zen 5 and Zen 6 series desktop processors. That's great news for AM5 fans. 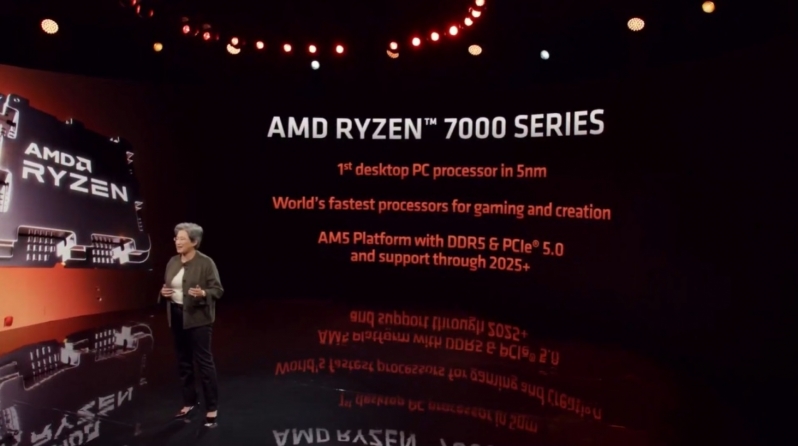 Long-term motherboard support is an area that acts as a strong point for AMD. While AMD's support for early AM4 motherboards had been lacking in recent years, the company did eventually update their original AM4 series motherboards with Zen 3 CPU support this year. This allowed Ryzen 1000 series CPU users to upgrade to their Ryzen 5000 series processors, enabling huge performance uplifts for upgraded systems.

With AM5, PC gamers can expect strong upgrade support from their motherboards, which is great news for budget PC builders and enthusiasts who have a constant upgrade itch.

You can join the discussion on AMD's planned support for their AM5 CPU socket on the OC3D Forums.