Next-generation Threadripper processors are on the horizon 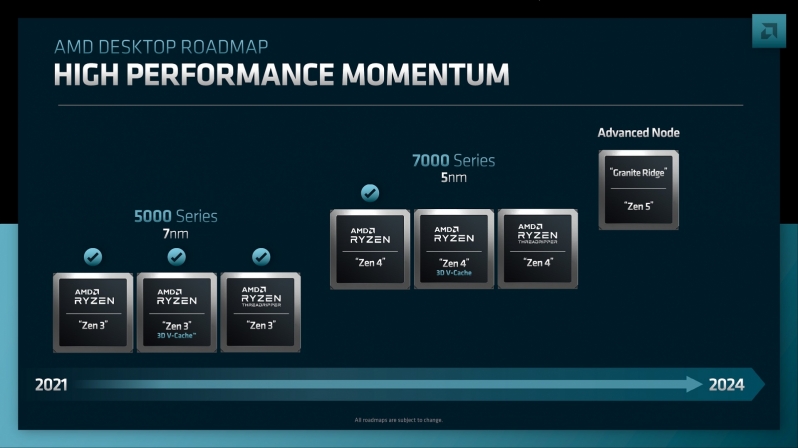 What do we expect from Zen 4 Threadripper

Currently, we expect AMD's Ryzen Threadripper 7000 series processors to launch in 2023, after the release of Zen 4 EPYC and AMD's mainstream desktop Ryzen processors. Typically, AMD's Threadripper series has a similar design to AMD's EPYC series CPU models, which means that Zen 4 Threadripper CPUs could feature up to 96 Zen 4 CPU cores alongside PCIe 5.0 connectivity, DDR5 memory support, and support for up to 12 memory channels.

You can join the discussion on AMD's Ryzen 7000 series Threadripper processors on the OC3D Forums.

66racer
Well this just got interesting. A lot of speculation was floating around that TR was going to die for TR Pro.

Considering a lot if not all TRX40 boards are EOL for MONTHS but TRX80 boards are still in production, it seemed like AMD was going to give up on TR in favor of just merging everything into TR Pro this next generation. Guess they have other plans.Quote

ET3D
Quote:
This doesn't really say anything about TR vs. TR Pro. The slide shows Threadripper for Zen 3, and that's TR Pro. Could be the same for Zen 4.Quote
Reply