Back in 2017, AMD transformed the CPU market with the launch of their Ryzen series of processors. After years of stagnation, AMD had finally delivered a CPU architecture that could be called competitive, offering more cores than their rivals and a lot of value for money in specific use cases. AMD was back, and with every new CPU generation, Ryzen has gotten better and better, so much so that AMD processors now account for the bulk of Puget Systems' orders.

Puget Systems is a US-based system builder that prides itself on its ability to provide users with the best performing PCs for their specific workloads. These test almost countless hardware variations to recommend the best processors and graphics cards for your specific workloads, be it video editing, rendering, scientific research, or 3d modelling.

Through their in-depth research, Puget Systems aims to deliver its customers the best possible value, and now most of their systems are powered by AMD Ryzen processors.

Puget Systems charts their usage of AMD-based processors within their systems in the graph below, highlighting that they offered no AMD-powered systems in 2016 and early 2017. Ryzen changed that, but it wasn't until the launch of AMD's Zen 2 architecture and their Ryzen 3000 series that AMD started to gain large sales volumes with Puget Systems.

With every new iteration of AMD's Zen architecture, AMD's Ryzen processors have tackled areas where their processors were weak compared to their Intel counterparts. Now with the Ryzen 5000 series, Puget Systems believes that AMD "have clearly taken the performance lead in most applications." Furthermore,  AMD's HEDT Threadripper processors "now lead with the highest core count and best multi-core performance available in that market segment", according to the system builder.

Here are some thoughts from Puget Systems' William George;

Back in 2015, we quietly dropped AMD processors from our configuration options here at Puget Systems. Their sales numbers had been slowly declining for a long time, from a high of over half our system sales in 2006, as Intel had really poured themselves into taking back the high-performance end of the CPU market. At the time I wrote a blog post on the subject, which ended with this paragraph:

"Now if AMD comes out with a new generation of processors that turn the tide again, as they did in the early 2000s, things could change. I hope for their sake, and for that of competition (which is always good for end-users), that they do. Only time will tell, though."

Well, time has now told - and AMD has done an amazing job of fighting their way back into the spotlight! It took a few generations for their new mainstream Ryzen processors to really mature, but by the 3000-series they had roughly equaled Intel's contemporary Core chips and now with the 5000-series they have clearly taken the performance lead in most applications. Likewise, AMD's high-end desktop (HEDT) Threadripper processors had some early issues with memory access and odd threading behavior - but with the 3rd gen CPUs in that family they now lead with the highest core count and best multi-core performance available in that market segment.

Before the release of Zen, Intel held a dominant position over AMD. Intel's processors lead in terms of both performance and power efficiency. AMD was dead in the water without any changes, but the launch of Ryzen and EPYC transformed the company into the Intel rival that the world needed.

Let's be clear here, AMD's resurgence has caused some major changes over at Intel. AMD has placed Intel on the backfoot, forcing management changes and alterations to its marketing strategy. Intel now needs to fight for its market share, and that is a good thing for consumers.

You can join the discussion on AMD overtaking Intel at Puget Systems on the OC3D Forums. 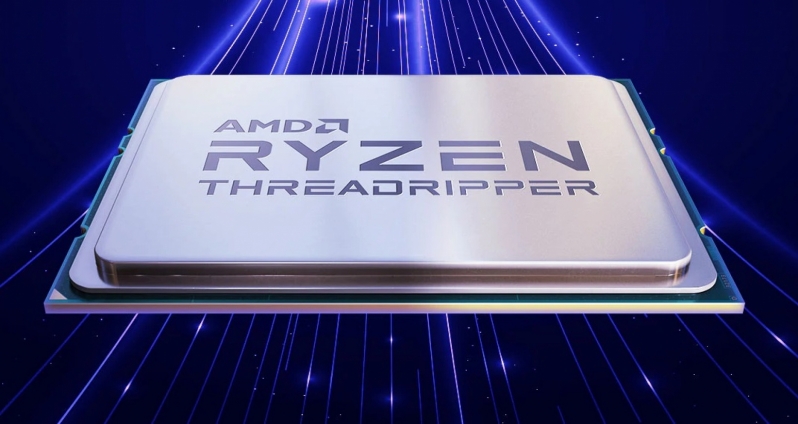 Well written article as well Mark, really liked the small history and examples in it as well. Made for a very interesting, learning and satisfying read