“For many workstation users, success is dependent on having the right tools to complete jobs quickly, which is why they need hardware that provides unmatched performance and gives them a competitive edge,” said Saeid Moshkelani, senior vice president and general manager, client business unit. “We created the Ryzen Threadripper PRO Ryzen 5000 WX-Series processors with this in mind, bringing professionals the incredible performance and efficiency needed to run today’s most demanding workstation applications faster than ever before.”

“We have rendered an incredible amount of frames with EPYC™ server processors and a Threadripper Pro 5000WX processor. The magic is in the iterations. A single visual effects shot could have hundreds or more updates and it takes immense processing power to turn around these iterations quickly,” said Paul Lambert, two-time Academy Award winner and VFX Supervisor for Dune. “We’ve been lucky to demo the new Threadripper PRO. We’re seeing a 2X improvement on our CPU render times.”

“Threadripper PRO 5000 WX-Series were the best performing processors we have tested for ILM StageCraft,” said Nick Rasmussen, Principal Engineer and Architect, StageCraft, Industrial Light & Magic. “It’s significantly faster than the equivalent Threadripper PRO 3000 WX processor, and we saw up to a 2X or more speedup on CPU heavy loads versus our performance baseline. This high performance coupled with the extensive I/O capabilities makes Threadripper PRO 5000 WX-Series an ideal workstation processor for our cutting-edge virtual production work."

“Over the last two years, we’ve seen tremendous market demand for the ThinkStation P620 across industries where our customers depend on us to provide professional-grade workstations that can not only keep pace, but outperform what was previously possible,” said Rob Herman, Vice President of Lenovo’s Workstation and Client AI Business Unit. “We’re excited to continue working closely with AMD to bring the next generation of the ThinkStation P620, powered by the latest Ryzen Threadripper PRO processors, to artists, architects, engineers and other demanding professional users. With this new system, our customers can accelerate increasingly complex workflows in order to get more done in less time.” 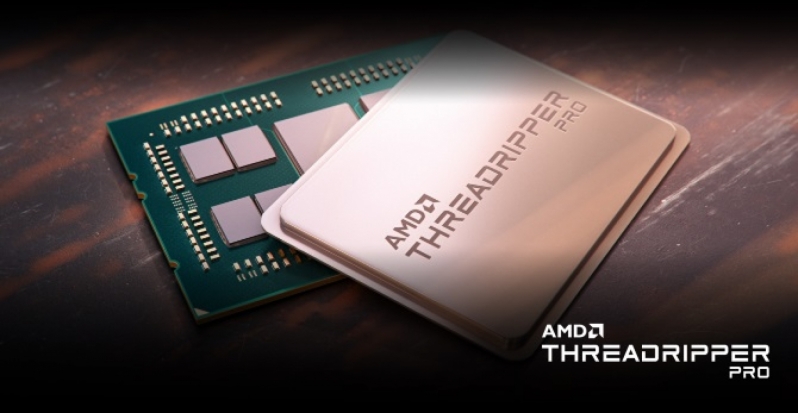 The AMD Threadripper processor lineup redefined the workstation market when it launched in 2017, bringing unmatched core counts and multi-threaded performance for enthusiasts, prosumers and professional users. Since its first generation, AMD has continued to expand the Threadripper lineup, increasing the performance, core, and thread counts reflected in real-world success, while introducing key support and security features for enterprise users, providing the tools necessary to handle the most demanding creative and production workloads quickly and efficiently.

Designed to handle the most complex professional workloads, the Ryzen Threadripper PRO 5000 WX-Series processor lineup delivers the ability to render and edit in 8K, develop complex simulations and designs and rapidly develop and compile code to give professionals a competitive edge and do more in less time.

Supporting the incredible performance of Ryzen Threadripper PRO 5000 WX-Series processors and helping create a solution for the most demanding professionally managed IT environments, are several AMD PRO technologies including:

You can join the discussion on AMD's Ryzen Threadripper PRO 5000 WX Series processors on the OC3D Forums.

NeverBackDown
You would think V Cache would be perfectly suited for this target market. You would have thought they would include that in the design stage years ago.Quote
Reply