Thanks to @KittyCorgi on Twitter, information from several leaked AMD documents have been compiled, giving us a glance at AMD's next-generation SP5 CPU platform and AMD's planned Zen 4 processors.

Today's Zen 3 EPYC processors support 8-channel DDR4 memory and contain up to 64 CPU cores over eight CCDs. With their Zen 4 based EPYC processors, AMD is offering processors with up to 96 CPU cores and 12 memory channels. That alone should provide users with a 50% increase in maximum theoretical compute performance.

AMD's Zen 4 architecture is also due to support AVX-512, a feature that has been missing from AMD's EPYC product line from its inception. AVX-512 support is a major advantage of Intel's Xeon lineup, so much so that it was a critical aspect of Intel's Ice Lake marketing. Bringing AVX-512 support to EPYC will hit Intel hard, as it removes one of their most marketed advantages over AMD's EPYC lineup. 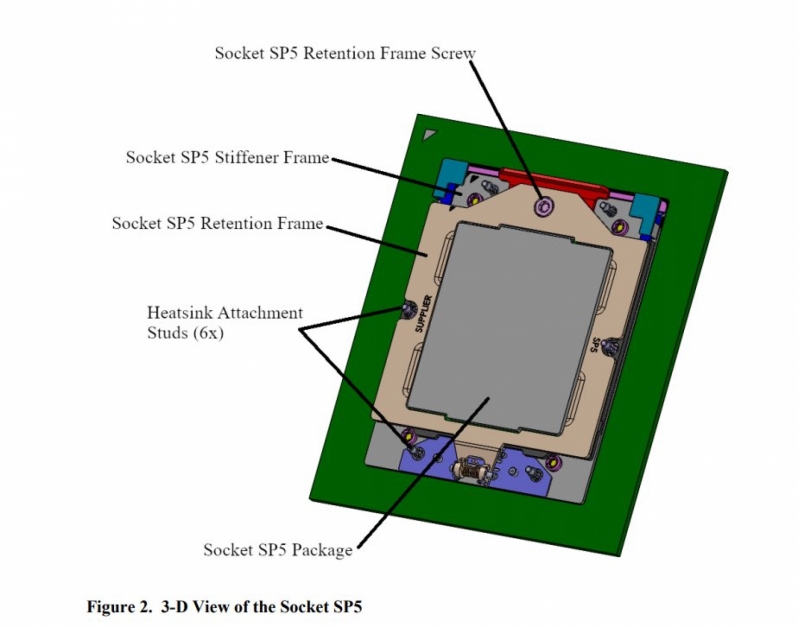 Below we can see a diagram of AMD's EPYC Genoa (Zen 4) processor, showcasing its I/O die and twelve CCDs. Note that these CCDs are similar in size to AMD's Zen 3-based CCDs, even though AMD's Zen 4 CCDs will be based on TSMC's 5nm process technology and feature the same CPU core counts as their Zen 3 counterparts.

The move from 7nm to 5nm doesn't appear to be making AMD's Zen 4 CCDs smaller, suggesting that AMD is using the transistor density gains offered by 5nm to create larger, more performant CPU cores. Hopefully, this change will allow AMD to increase their single-threaded performance dramatically with Zen 4, a change that will improve AMD's position within all areas of the CPU market.

While AMD will be significantly increasing their CPU core counts with their Zen 4 EPYC processors, it looks like they are focusing on single-threaded performance with their Zen 4 CPU cores. This means that AMD's desktop CPUs will likely continue to be created using 8-core CCDs, making it likely that AMD's Zen 4 desktop lineup will continue to have a 16-core flagship. 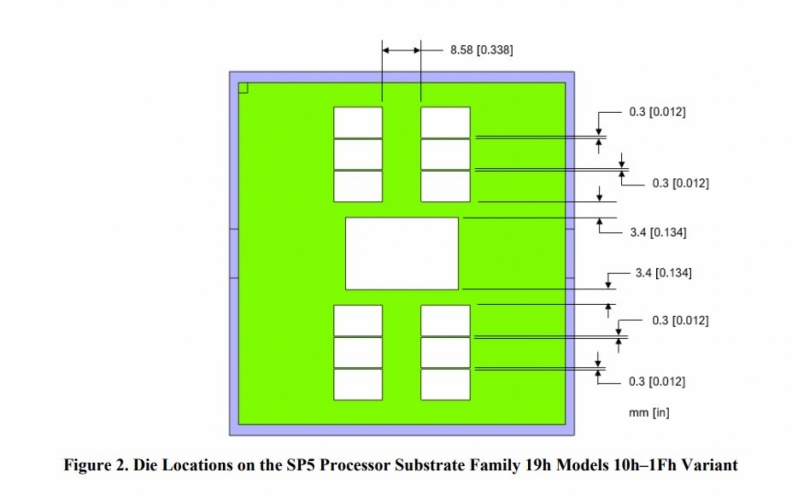 Computerbase has claimed that AMD's EPYC 7004 series processors will feature TDPs of up to 400 watts. However, AMD's SP5 socket is designed to deliver up to 700 watts of power to compatible processors over short periods of time. These design tolerances suggest that AMD has high performance targets in mind with their Zen 4 architecture, as higher power draws will only be tolerated within the server market if they enable significant performance gains. Efficiency matters, and higher wattage processors will consume more energy to operate and cool.

AMD has already confirmed that they plan to release Zen 4 based products before the end of 2022. This suggests that Zen 4 will launch in late 2022.

You can join the discussion on AMD's Zen 4 Genoa processors on the OC3D Forums.