AMD has launched their EPYC 9004 series of processors, offering users up to 96 Zen 4 cores and a tonne of new features

With their EPYC Genoa processors, AMD is claiming both performance leadership and efficiency leadership, promising owners of their latest EPYC processors higher performance levels and lower energy bills, two factors that are critical for every server farm.

AMD's Zen 4 EPYC processors also feature support for AVX-512, a feature that has long been an Intel exclusive within the server market. With AVX-512, AMD can now surpass Intel in workloads where they are traditionally ahead of AMD, successfully turning an Intel advantage into weakness for team Blue. 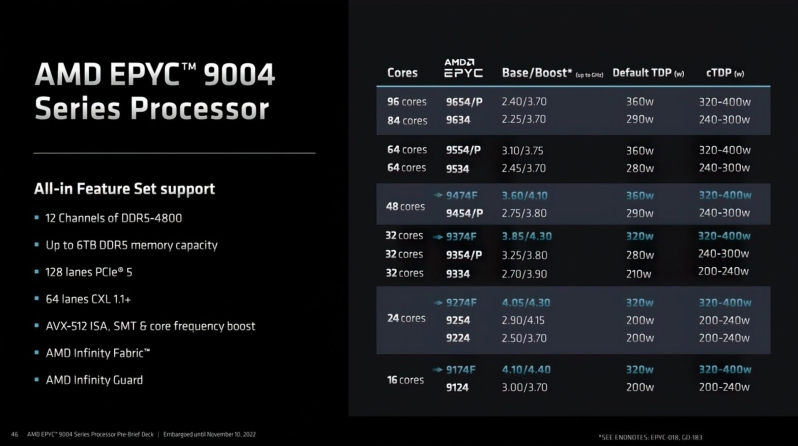 With their EPYC 9004 series processors, AMD will be offering their customers 16-core, 24-core, 32-core, 48-core, 64-core, 84-core, and 96-core CPU models. All of these CPU models will feature the same levels of I/O support with 12 channels of DDR5 memory and the same number of supported PCIe 5.0 lanes. AMD is not charging extra for full access to these features, unlike their rivals. 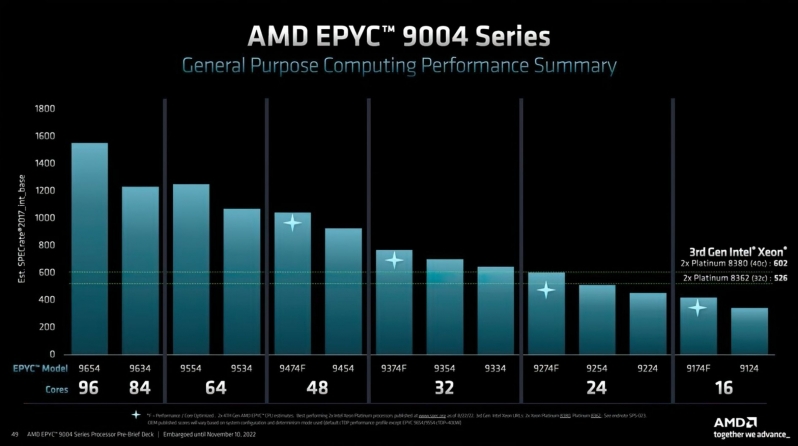 These performance gains come from AMD's architectural changes with Zen 4, though it is worth noting that AMD's Zen 4 EPYC processors also feature higher clock speeds than their predecessors, giving AMD another avenue for increased single-threaded and multi-threaded CPU performance 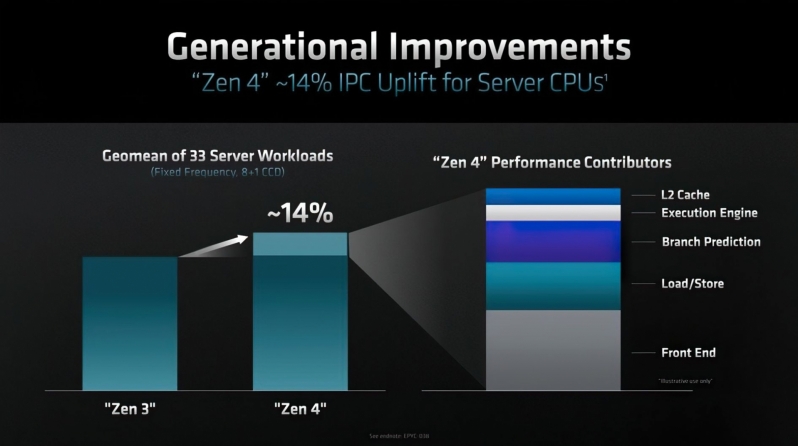 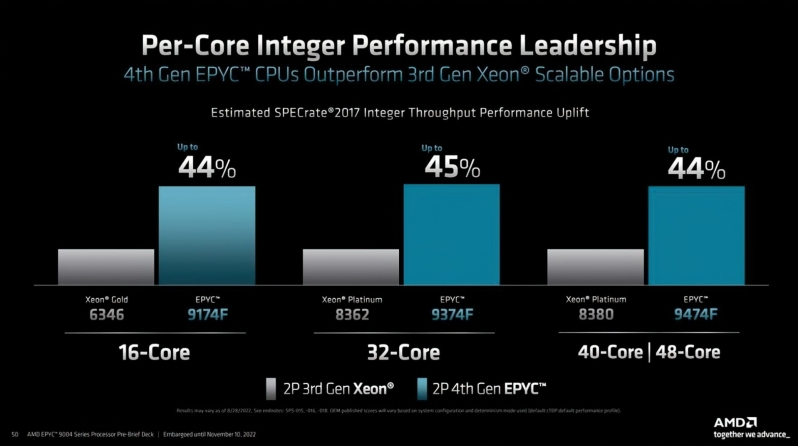 In 3D rendering workloads, AMD's 4th Generation EPYC processors are reportedly deliver a 2.4x increase in rendering speed using Arnold, thanks to AMD's boosted core counts with their EPYC Genoa processors and their increased per core performance. Intel's latest Xeon processors cannot offer core counts that even come close to what AMD has delivered with Genoa, making them the go-to company for multiple high compute workloads. 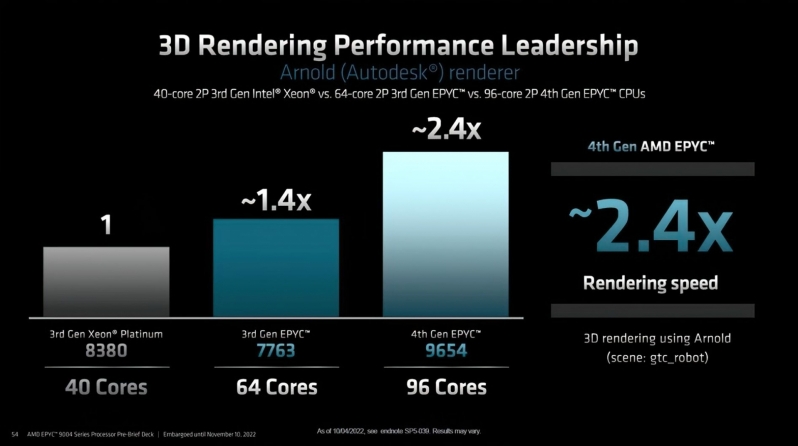 AMD were already gaining server CPU market share with their Zen 3 EPYC Milan processors. This trend is due to accelerate with their Zen 4 EPYC Genoa processors. With higher levels of single-threaded performance, greater levels of power efficiency, and higher core count CPU models, AMD has a huge opportunity to grow their market share within the enterprise CPU market, especially given Intel's slow product execution in recent years.

Architecturally, AMD's Zen 4 core design is in many regards tailored more for the server market than it is for the mainstream CPU market. Here, AMD's architectural changes make a lot of sense, and place AMD into a strong position against Intel. While Zen 4's design changes have delivered huge performance gains within their Ryzen 7000 series CPU models, their focus on higher all-core clock speeds, AVX-512, and front-end improvements make more sense for EPYC than they do for Ryzen. 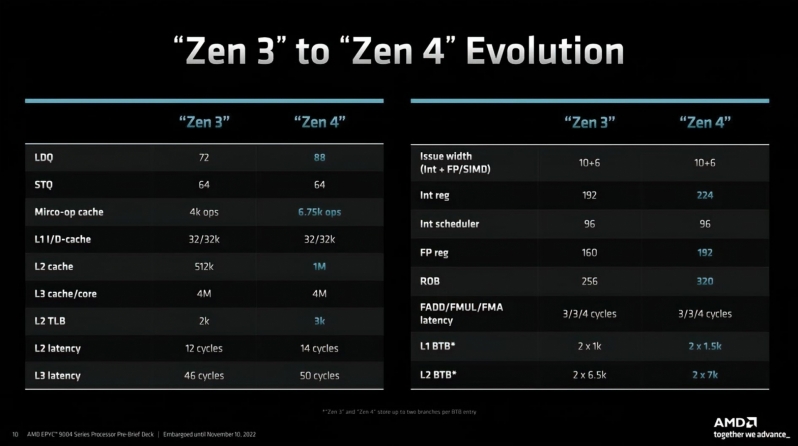 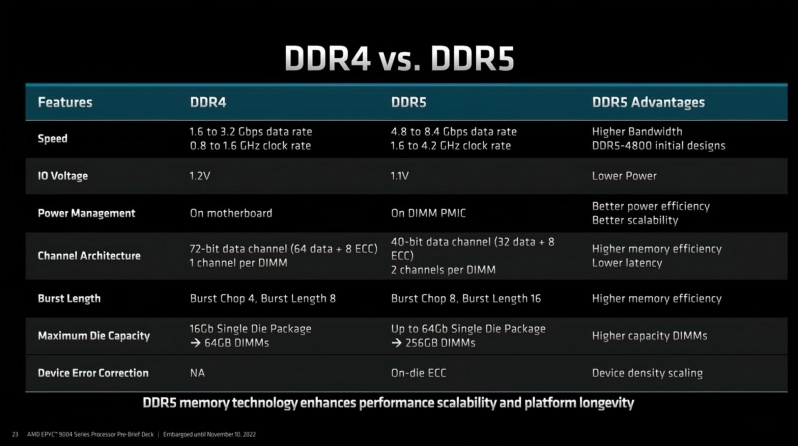 You can join the discussion on AMD's Zen 4 EPYC processors on the OC3D Forums.

AngryGoldfish
But... do games need 96 cores?

AngryGoldfish
Quote:
Speak for yourself. I could count how many pixels in a 8k screen on one hand! That's nothing!Quote
Reply