In late 2019, AMD revealed to the world its Ryzen Threadripper 3990X, a processor which would deliver users a total of 64 cores and 128 threads, more than doubling what Intel could offer with their single-socket processors.

There has never been a mainstream processor with this many cores, giving AMD a challenge when it comes to pricing. In this regard, AMD made the obvious choice, price it after their processor's name. Make the Ryzen Threadripper 3990X $3990, almost two times the price of AMD's 32-core Threadripper 3970X.

With the 3990X, Threadripper users are getting around two times as many cores as the Threadripper 3970X for an almost 2x increase in price. That isn't a bad deal when you think about it, assuming your workloads scale with core/thread count.

Not many customers will need 64 cores of high-end desktop power, making the Ryzen Threadripper 3990X more of a power play than a revenue driver for AMD. While we expect some professional users to flock to AMD's latest HEDT offering, we also expect most others to either not have almost $4000 to spend or find that their workloads won't benefit from such extreme core/thread counts. 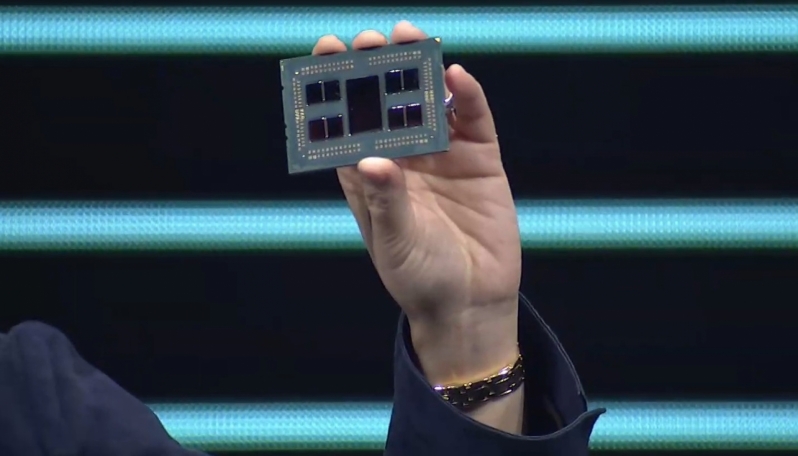 When compared to Intel's offerings, AMD's Ryzen Threadripper 3990X showcases why a 64 core processor in this market matters, but it is undeniable that this processor fills a niche of a niche. Even so, having a single AMD processor surpass two of Intel's most expensive processors is no small feat.

AMD's Ryzen Threadripper 3990X will release on February 7th and will be supported on all of AMD's TRX40 series motherboards. 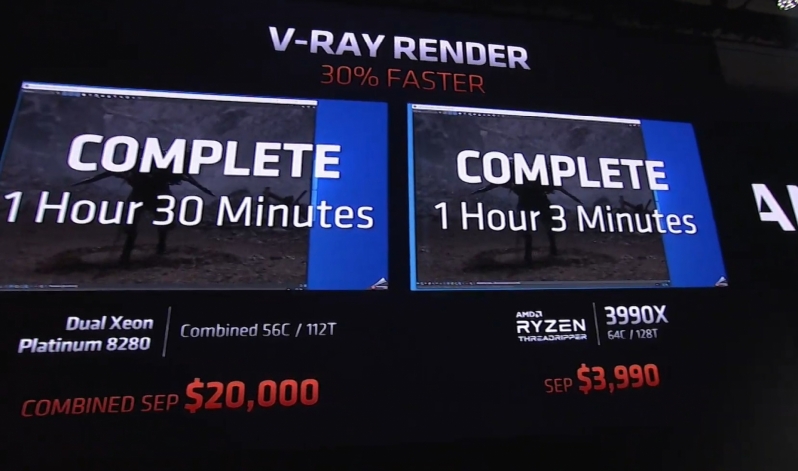 2019 was a turning point for AMD, and 2020 will be the year that AMD will see all of its bets on Zen 2 pay off. Expect AMD to make strong gains in the CPU market in 2020, and healthier quarterly financials as the year progresses.

You can join the discussion on AMD's Ryzen Threadripper 3990X processor on the OC3D Forums.

Warchild
AMD must be having a blast rubbing intel's face in the dirt. While Intel have been somewhat silent in their comparison of products again AMD offerings.

The above screenshot explains why I suppose. Intel have... nothing

Intel definitely has PCIe 4.0 in-house for testing. The problem for Intel is that outsiders won't.Quote

Warchild
Quote:
I will not accept any testing done in-house by Intel. They are the masters of deceipt. And you only have to look at the controversy such as that from Principled Technologies to lose faith in some sources.

It is the outsiders who will sell their product more than anything though. If a reputable reviewer like TTL stepped in and said this product is a must have for everyone no questions asked, that would have some sway on the marketQuote

WYP
Quote:
I agree that proper external testing is the best kind of testing. I just don't want the idea spreading that Intel used AMD hardware in-house to test its PCIe 4.0 SSDs.Quote
Reply