AMD has revealed what they call the "World’s Best Mobile Processors", bringing their Ryzen 5000 series of processors to mobile devices, delivering their Zen 3 architecture to the laptop market.

With their Zen 3 powered Ryzen 5000 mobile processors, AMD delivers up to eight cores and sixteen threads and up to four times as much L3 cache access per core than their Ryzen 4000 series processors. This additional L3 cache access will accelerate many workloads, with gaming being one of the primary beneficiaries.

With their Ryzen 5000H series of mobile processors, AMD targets elite gaming and productivity-focused users, with extreme series HX and HS series models for those who desire peak performance and heightened efficiency respectively. With their Ryzen 5000U series of processors, AMD targets higher performance levels and maximised efficiency levels for ultrathin products. 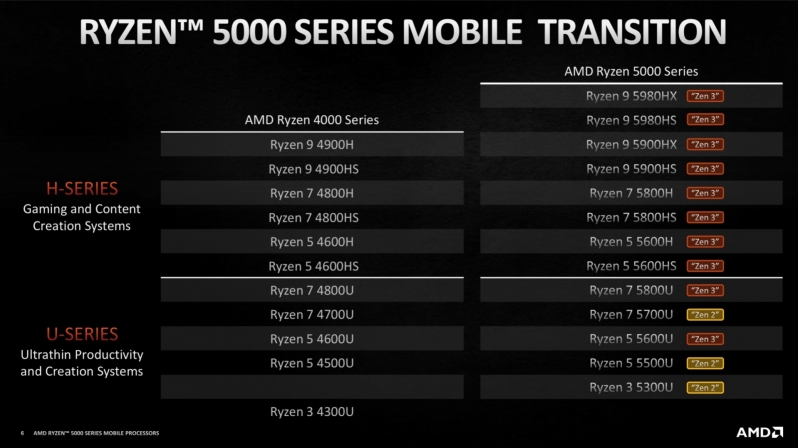 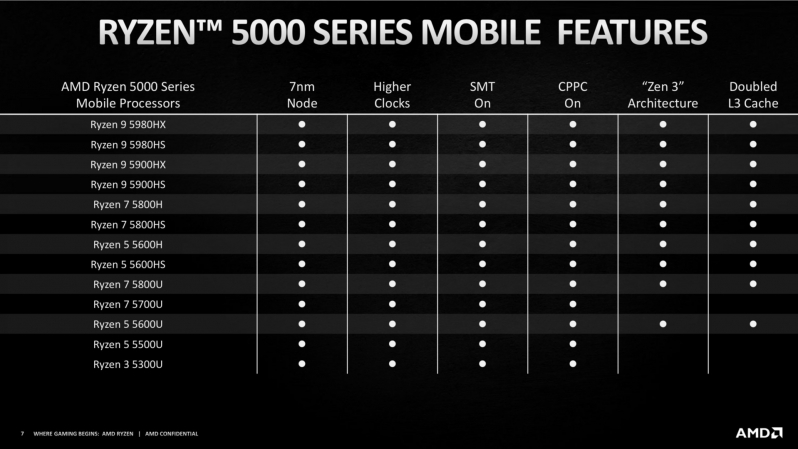 Compared to Intel's current product offerings, AMD has claimed performance leadership, though we will have to wait for reviews to see if AMD's statements are true.

You can join the discussion on AMD's Ryzen 5000 series of mobile processors on the OC3D Forums.

NeverBackDown
Really hate the inclusion of Zen 2 in some of these. Really just makes it way more confusing than it needs to be and most people won't know they are buying an interior product.Quote

WYP
Quote:
Yeah, it is very confusing. I hate it when companies do this.Quote
Reply