With the addition of V-Cache, AMD has expanded the L3 cache sizes of their top-tier Zen 3 EPYC processors from 256MB to 768MB. This tripling of L3 cache size allows AMD to accelerate a large variety of workloads, making their processors more efficient and performant across a huge number of applications.

While AMD's V-Cache enhanced EPYC processors are expensive, they offer AMD's customers the ability to complete specific workloads faster and for these workloads to be completed in a more power efficient manner.

AMD's latest EPYC processors will not be ideal for all workloads, but they highlight AMD's ability to utilise cutting-edge packaging technologies effectively and their ability to create processors that are tailored to specific workloads. Not all of AMD's customers will benefit from using AMD's Milan-X processors over standard Milan processors, but those that do will be willing to pay AMD a premium and be happy to do so. With Zen 4, AMD has already showcased plans to tailor their Zen 4 cores for specific sections of the market with Genoa (Zen 4 EPYC) and Bergamo (Zen 4c EPYC).

These new processors feature the industry's largest L3 cache delivering the same socket, software compatibility and modern security features as 3rd Gen AMD EPYC CPUs while providing outstanding performance for technical computing workloads such as computational fluid dynamics (CFD), finite element analysis (FEA), electronic design automation (EDA) and structural analysis. These workloads are critical design tools for companies that must model the complexities of the physical world to create simulations that test and validate engineering designs for some of the world's most innovate products. 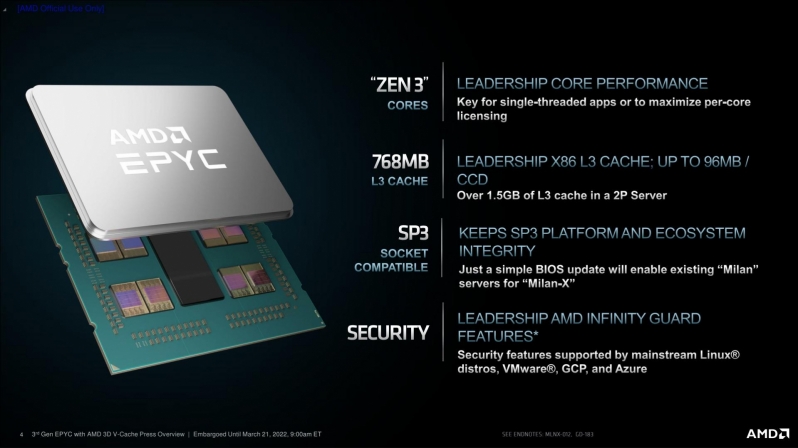 Cache size increases have been at the forefront of performance improvement, particularly for technical computing workloads relying heavily on large data sets. These workloads benefit from increased cache size, however 2D chip designs have physical limitations on the amount of cache that can effectively be built on the CPU. AMD 3D V-Cache technology solves these physical challenges by bonding the AMD "Zen 3" core to the cache module, increasing the amount of L3 while minimizing latency and increasing throughput. This technology represents an innovative step forward in CPU design and packaging and enables breakthrough performance in targeted technical computing workloads. 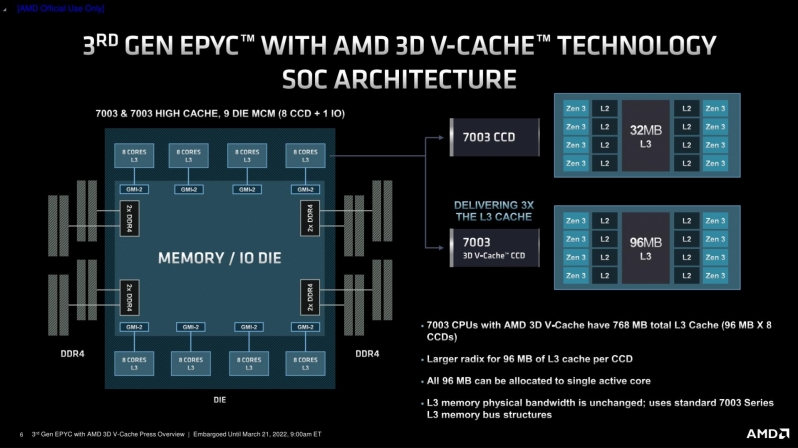 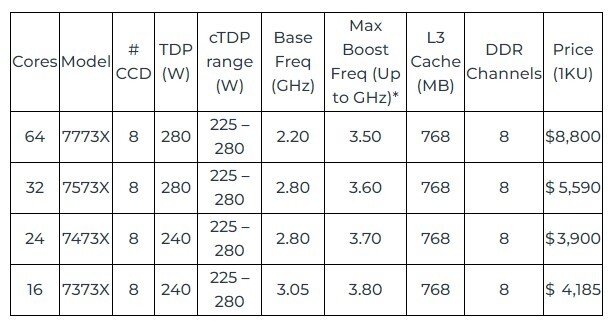 These performance capabilities ultimately enable customers to deploy fewer servers and reduce power consumption in the data center, helping to lower total cost of ownership (TCO), reduce carbon footprint and address their environmental sustainability goals. For instance, in a typical data center scenario running 4600 jobs per day of the Ansys CFX test case cfx-50, using 2P 32-core AMD EPYC 7573X CPU based servers can reduce the estimated number of servers required from 20 to 10 and lower power consumption by 49 percent, when compared to the competition's latest 2P 32-core processor-based server. This ends up providing a projected 51 percent lower TCO over three-years. 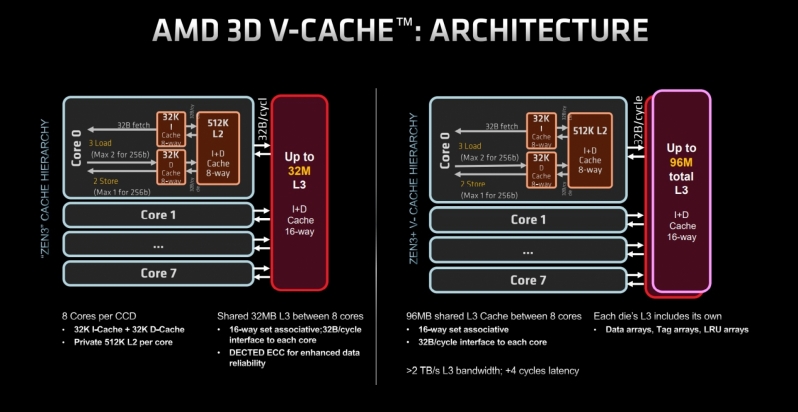 In other words, choosing 3rd Gen AMD EPYC processors with AMD 3D V-Cache technology in this deployment would have the environmental sustainability benefit of more than 81 acres of US forest per year in carbon sequestered equivalents.

You can join the discussion on AMD's "Milan-X" EPYC processors with 3D Vertical Cache technology on the OC3D Forums.