AMD has officially released their new Ryzen and EPYC series of embedded processors, allowing AMD's Zen (and Vega) architectures to enter into additional markets and systems.

AMD's EPYC 3000 series is designed to offer up to sixteen CPU cores in a compact form factor, while Ryzen V1000 processors combine up to four Zen cores and 11 Vega GPU core clusters to complete both visual and standard CPU driven computational tasks.

Embedded processors can be used for a wide range of applications, from compact 1U format servers to arcade machines and digital signage, utilising AMD's existing Summit Ridge and Raven Ridge core designs to bring their competitive architectures into this new market. 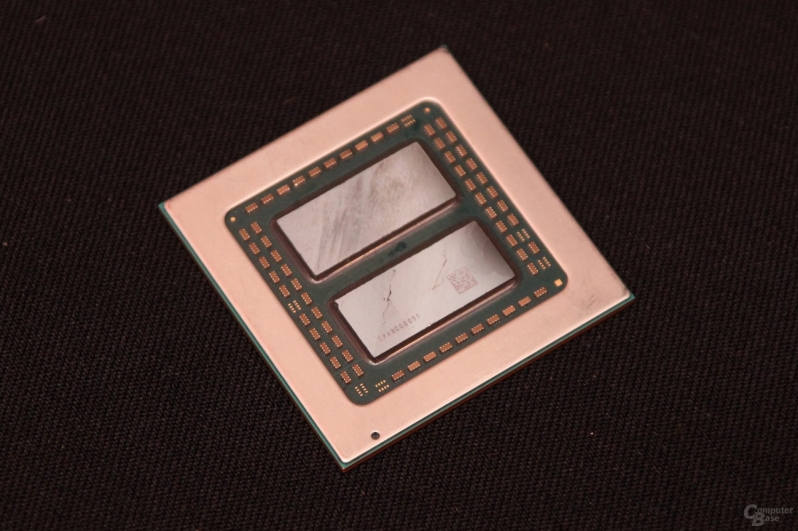 EPYC 3000 series embedded processors will come with up to 16 CPU cores, 32 Threads, 32MB of L3 Cache, 64 PCIe lanes and quad-channel DDR4 2666MHz memory. AMD's high-end EPYC 3451 embedded CPU will ship for $880 and offer base clock speeds of 2.15GHz and all-core/single-core boost clock speeds of 2.45GHz and 3.0GHz and a TDP of 100W. AMD has designed their EPYC series of embedded CPUs to offer higher levels of performance/$ than competing Intel Embedded CPUs. 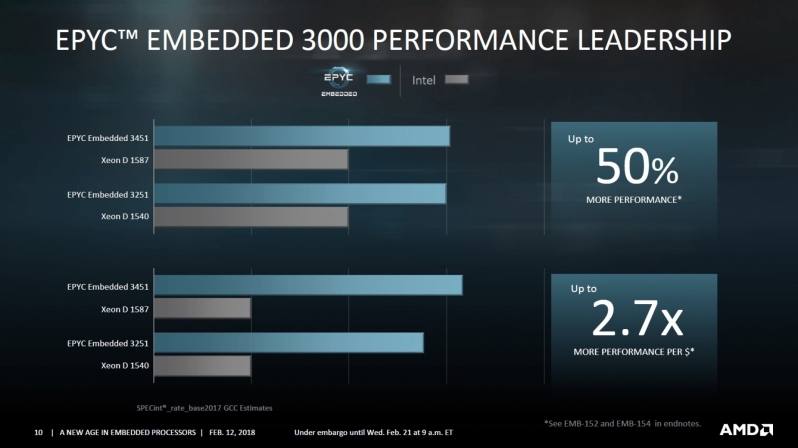 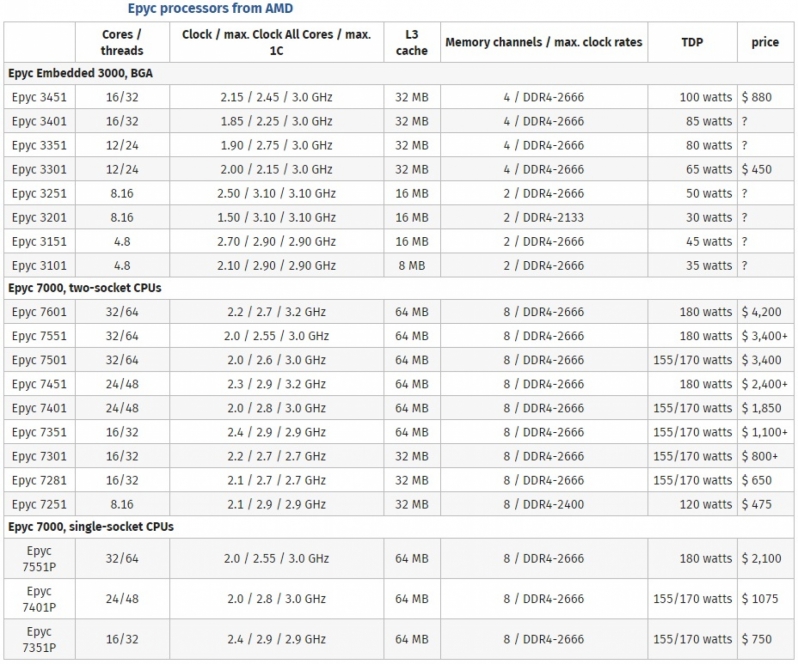 Ryzen V1000 series GPUs are an embedded form of Raven Ridge, offering up to 11 Vega GPU core clusters and up to four/eight CPU cores/threads with a TDP of up to 45W. These models will offer a lower TDP than AMD's Raven Ridge desktop offerings, though AMD is shipping these models with support for 3200MHz memory out of the box.

These new APUs will offer a massive increase in performance when compared to AMD's previous embedded APU offerings, moving from a Bulldozer series core design to Zen and graphics to AMD's latest Vega GPU architecture.

An interesting addition to AMD's Raven Ridge lineup is a dual-core quad-thread APU design with Vega 3 graphics, which could be released later on desktop platforms at a low-end budget AM4 offering for basic office/web browsing PCs. 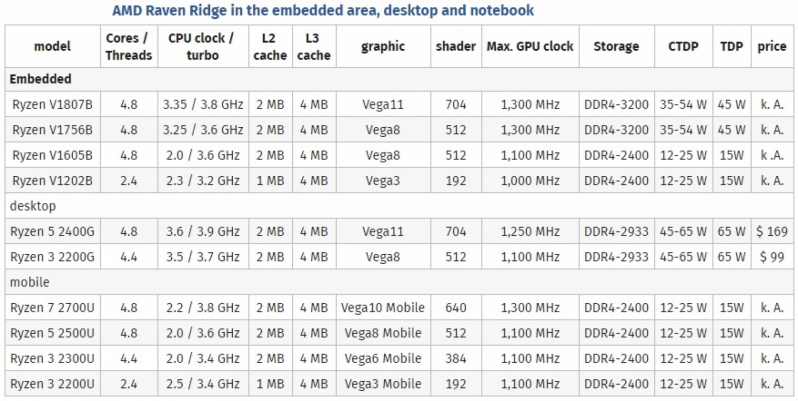 You can join the discussion on AMD's Ryzen and EPYC Embedded processors on the OC3D Forums.

AlienALX
TBH to me it just looks like they have found a way to make two of the dies on one die/cluster. It may work out cheaper than making separate dies and then having to connect them via the PCB.Quote

Bartacus
I wonder if they changed how the CCx's communicate. Eliminating those, or replacing them with lower-latency ones, might be quite the improvement. It will be interesting to see how this architecture evolves.Quote

WYP
Quote:
The whole point of connecting several smaller dies together is to reduce cost. Large dies are harder to manufacture and makes errors have a larger impact on yields.

The only difference between this EPYC is how it is arranged and the fact it connects two dies instead of four. There have been no changes to the silicon.

Quote:
These are the same Summit Ridge dies, though it would be interesting to see how inter-die latencies compare to Threadripper, given the fact that dual-die EPYC Embedded processors are physically closer to each other.

AMD won't change anything major until they start releasing Ryzen 2nd generation and then future architectures. The whole point of their Ryzen chip lineup so far is to use them in several markets.

So far AMD has created Summit Ridge (8-core die over 2 CCXs) and Raven Ridge (4 cores on one CCX with Vega graphics) and they now service their entire Ryzen 3-7, Ryzen Mobile, Threadripper, EPYC and Ryzen/EPYC Embedded markets. This has allowed Ryzen to enter almost every market without AMD needing to design a lot of silicon. Genius move given their small R&D Budget.Quote
Reply