AMD has released a new community update about memory overclocking

With the release of AMD's AGESA 1.0.0.6 update, Ryzen users were presented with a lot of new memory options, including the ability to utilise higher memory clock speeds and define a wider range of memory timings and sub-timings.

Now AMD has released a new community update that talks about memory overclocking and its potential impact on performance, though it is worth noting that the performance gains shown are often exaggerated by AMD's use of an R7 1700 (not a higher clocked CPU model).

Below is a list of what AMD looked into with this new update;

AMD's first test was to show the performance impact of turning off AMD's Geardown mode (GDM), which is enabled by default on memory that is clocked at over 2667MHz. To put it simply, this option enables greater memory compatibility but can sacrifice performance.

Turning off this option will allow Ryzen users to be able to access a little more memory performance, though the impact is fairly minimal in games. Some memory/CPU combos will not be stable without this option, though it is something that is certainly worth checking out if you want the best performance out of your Ryzen CPU.

One other thing that is worth noting is that this option should only be disabled if your CPU proves stable with a 1T commend rate, as this could have a negative performance if you run your memory at a 2T command rate. 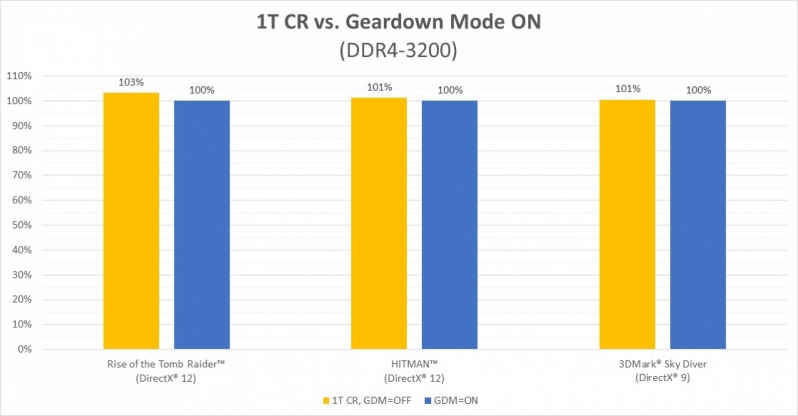 One other option that AMD looked into is BankGroupSwap, which is a new memory mapping option that is found in AGESA 1.0.0.6. This option can optimise how memory requests are executed after taking memory timings and DRAM architecture into account, with AMD finding mixed results where AIDA memory speeds were higher with it turned on but gaming performance that was higher with it turned off.

Ryzen tweakers should check the impact of this option in their chosen workloads to see whether or not this option will have a positive performance impact for them. 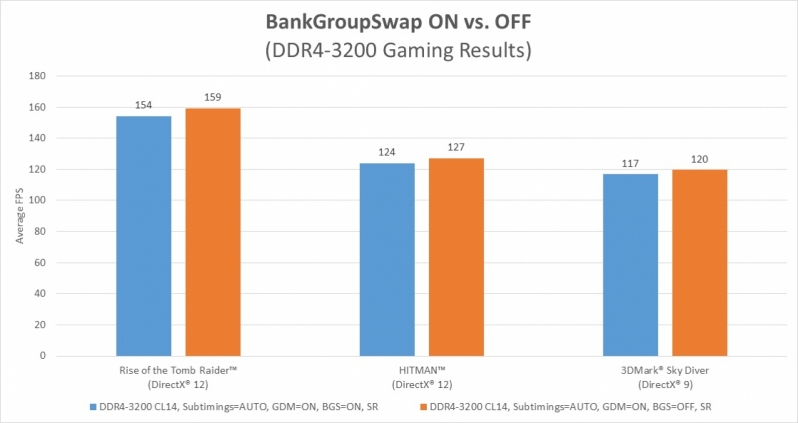 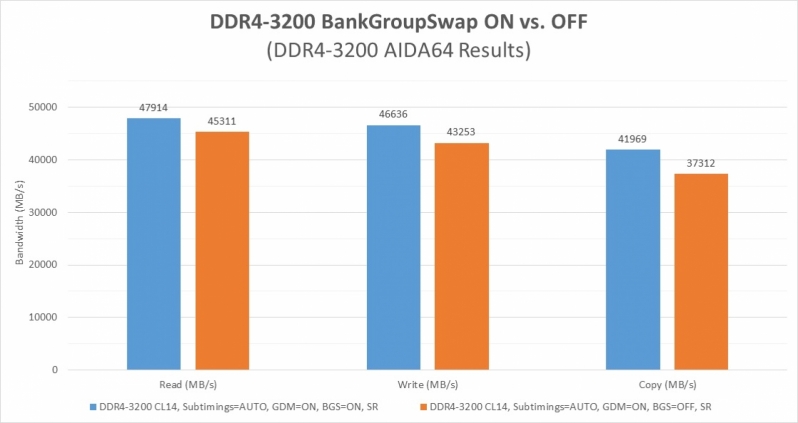 Sadly things are not as clear cut as they seem here, as while Dual Rank memory does offer greater performance, single-rank DIMMs often clocked higher and can offer greater overclocking headroom. 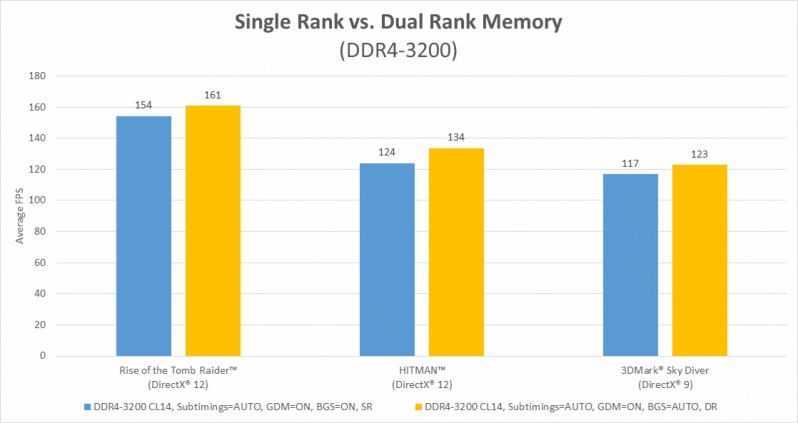 In their final test AMD used Automatic memory timings and then tested their memory with manually adjusted memory timings, though to say the least these new timings can be called nothing other than a significant overclock.

While there is certainly a noteworthy performance gain here, AMD has delivered a significant decrease in timings, moving from CL14 to CL12 timings and tuning every memory timing until their edge of stability. Most people will not be able to achieve memory timings that are that good, or have the time to make all of the manual changes and conduct the required testing after each adjustment. 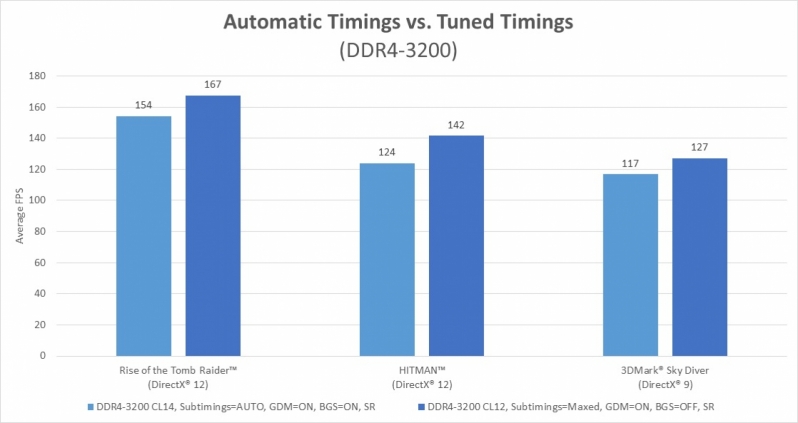 To say the least, these memory changes are very interesting, showcasing some possible avenues for Ryzen users to increase their system performance through memory overclocking.

You can join the discussion on AMD's new Ryzen memory overclocking update on the OC3D Forums.

BigDaddyKong
I got some really good results from changing the BGS to enable on my single single rank dimms. It netted me about 100 more points in Cinibench, and seeing about 4-6 fps increase in fps high. It's the equivalent of going from 4ghz to 4.1 just by changing this setting.Quote

WYP
Quote:
I will be doing further investigations into these options over a wider range of applications. Hopefully, there will be some interesting results. Will it be a work/gaming divide that AMD show?


We have already been working on some Ryzen performance tweaks, with an article that was almost ready to post before AMD released this community update. Will likely be the first of many Ryzen memory tweaking articles.Quote

There is a new beta bios that is supposed to released very soon that has several fixes for the official 1403. I am still running the 9943 beta, and it has worked very well for me.

Every month Ryzen just keeps getting better, just like their GPU's.Quote