Zen 4 is a great CPU architecture, but AMD's platform costs are too high

AMD's Ryzen 7000 series is suffering from low demand - Are prices too high?

According to a report from WCCFTECH, AMD has lowered its Ryzen 7000 series production plans in response to lower than expected demand for its processors. Simply put, the PC market is in decline, and a poor global financial outlook has consumers looking for greater value from their purchases.

While AMD's Zen 4 processors offer strong performance levels, AMD's AM5 platform has not been recieved well by the enthusiast PC market. AM5 motherboards are expensive, and so is DDR5 DRAM. With this in mind, it is easy to see why many call AMD's Ryzen 7000 series poor value products, as expensive platform costs makes upgrading unappealing.

Motherboard and DRAM pricing is too high

In the UK, AMD's cheapest AM5 motherboards cost over £200. It was not long ago that £200+ motherboards were considered premium products. Today, baseline B650 motherboards cost over £200. Add on the high cost of DDR5 memory, and it is easy to see why many consumers are unwilling to upgrade to AMD's Ryzen 7000 series. Add on high costs for AMD's Ryzen 7000 processors themselves, and it is easy to see why consumers are waiting for cheaper options.

For Ryzen 7000 series CPUs to become more appealing to a larger number of PC enthusiasts, motherboard pricing and memory pricing needs to be lowered. Beyond that, AMD may also need to look at their CPU prices, especially now that Intel is ready to respond to AMD's Ryzen 7000 series with their new 13th Generation Raptor Lake products. Raptor Lake CPU will support cheaper DDR4 memory on many LGA1700 motherboards, and they will work on existing Intel 600-series motherboards, most of which are available for lower prices than their AM5 counterparts. 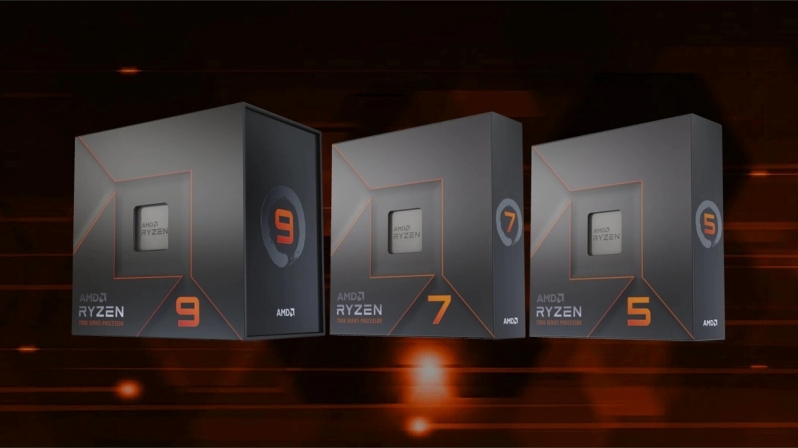 Today, hardware enthusiasts have good reasons to wait before buying AMD's Ryzen 7000 series processors. For starters, they can wait for DDR5 pricing to lower, and for AMD motherboard prices to drop to more reasonable levels. Additionally, they are waiting to see what Intel has to offer with their 13th Generation Raptor Lake processors, which are expected to launch with notable generational improvements over their 12th Gen Alder Lake products and competitive pricing.

AMD fans also have another valid reason for waiting. Zen 4 3D. AMD's V-Cache technology can be applied to AMD's Zen 4 processors, a change that would greatly enhance the gaming performance of AMD's already powerful Ryzen 7000 series CPU lineup. With their Ryzen 7 5800X3D, AMD has proven that an enlarged L3 cache can greatly increase the gaming performance of their processors. For this reason, it makes sense for gamers to wait for Ryzen 7000 X3D processors.

You can join the discussion on AMD reportedly decreasing Ryzen 7000 series CPU production on the OC3D Forums.

Kieguru
SFF builder's have it even worse too, spending a minimum of £450 for the MB alone is madness!Quote

Gothmoth
for what it´s worth my reasons why i don´t update my AM4 boards yet.

my oldest mainboard is a crosshair hero from 2017.
it´s running perfectly stable under full load 24/7 if needed.
that system would be the most likely candidate for an update as it runs the oldest mainboard and it has earned it´s cost back.

but i don´t need all the I/O and gimmicks of the x670 chipset. it´s a renderslave.


it was my first voyage into AMD again, after years of intel (after K6 and Athlon XP).
i wanted an upper end mainboard at that time, as it was going to be one of my mainsystem.

but my two mainsystems are now threadrippers.

so when switching to AM5 i want boards that run stable and don´t cost more than 180 euro.

another reason is that i want the teethings issued fixed and the mainboards polished. i guess the next iteration of AM5 boards will offer that.

if i only had one AM4 system i sure would be more tempted to update.
i always liked to be on the latest and greatest (if the price is reasonable .. a RTX 4090 is not).Quote

smilertoo
Unlucky timing from AMD but my next upgrade will almost surely be a 7950x.Quote
Reply