AMD's Q4 sales will be much higher than previously projected

AMD has just reported on its Q3 2021 earnings, revealing that they have once again exceeded expectations. Compared to last year, AMD generated revenues of $4.3 billion, exceeding the company's Q3 earnings projection of $4.1 billion. Additionally, AMD's Full Year 2021 revenue growth is now expected to be 65%, which is much higher than their 37% growth expectations from early 2021.

Right now, the only thing that is limiting AMD's growth is the global chip shortage. AMD can seemingly sell every piece of silicon that they can currently produce, leaving manufacturing capacity as one of AMD's primary concerns as the end of 2021 approaches. 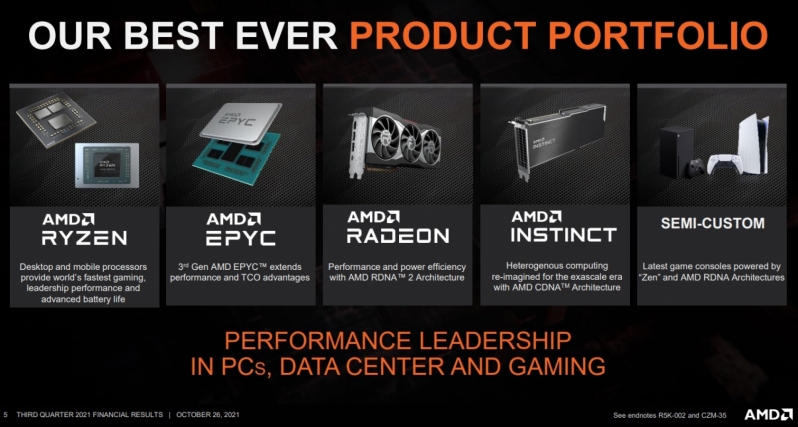 AMD's client ASPs have grown year-over-year and quarter-over-quarter thanks to the high demand for AMD's high-end products. The same is true for AMD's GPU ASPs, thanks to the popularity of their Radeon RX 6000 series and growing Radeon Instinct Datacenter sales.

AMD's Enterprise, Embedded and Semi-Custom segment revenues were $1.9 billion, up 69% year-over-year and 20% quarter-over-quarter. This growth was due to growing EPYC processor sales and high demand for AMD's Semi-Custom products. 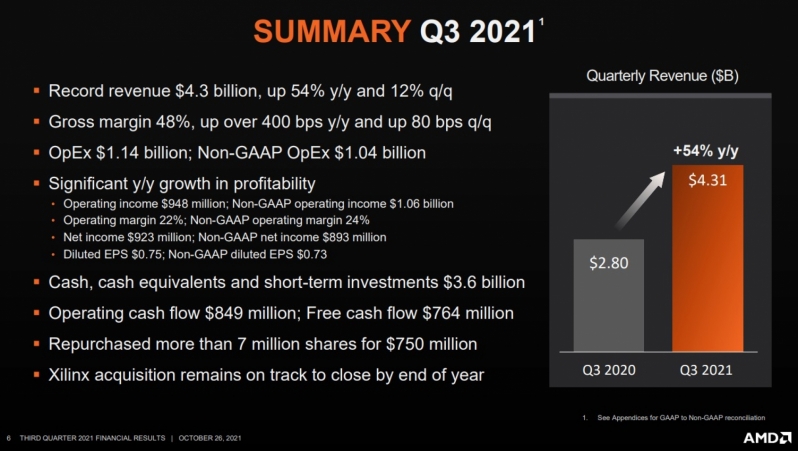 AMD's now in a strong financial position, a staggering turnaround given the company's finances five years ago. Back then, AMD was at risk of going bankrupt, and now, AMD's finances have never been stronger. Today, AMD now has almost $3.6 billion in the bank and $313 million in debt. 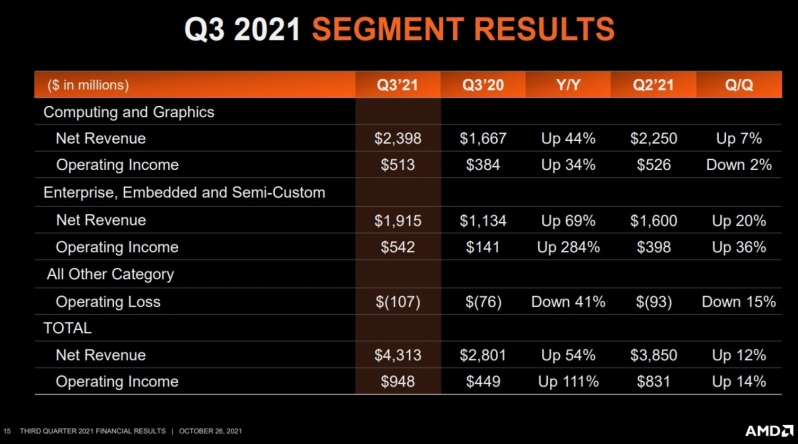 AMD's acquisition of Xilinx is expected to be approved by the end of 2021, a move that should cement further growth over the coming years. Things are looking good for AMD, and that outlook isn't going to change anytime soon. That said, Intel's Alder Lake CPU launch could take the wind out of AMD's sails, should Intel's 12th Generation products revitalise the CPU giant.

You can join the discussion on AMD's record-breaking Q3 performance on the OC3D Forums. 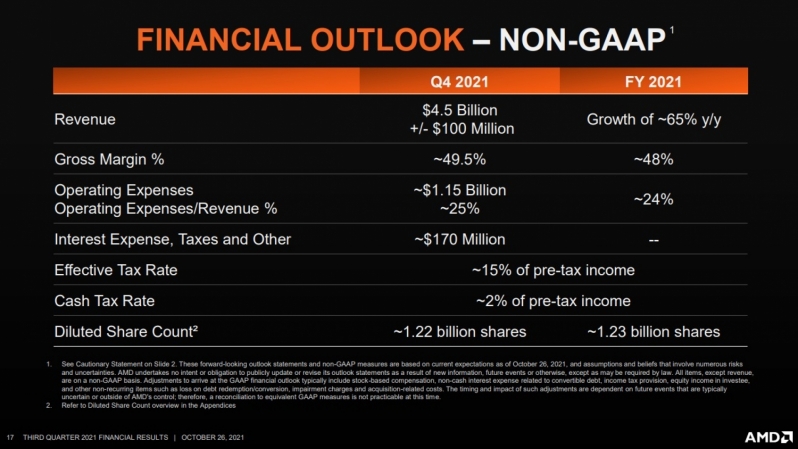 I still expect i'll stick with my 6800XT but i am more than ready to goto zen4 ddr5 after having the GPU for almost the last year it's done everything i wanted more than i expected and has been rock solid.

I only had one issue when updating drivers mid way through the year and simply reinstalling them solved it had no issues other than that, it's a huge difference to the past experience many years ago.Quote
Reply