Like all prior Ryzen X000G series processors, AMD has delivered Zen-based CPU cores with Radeon Vega graphics. For the Ryzen 5000G series, these graphics chips remain mostly unchanged compared to their 4000G series counterparts. AMD's Ryzen 5000G series's main benefits are their addition of Zen 3 cores and larger amounts of L3 cache on each processor. 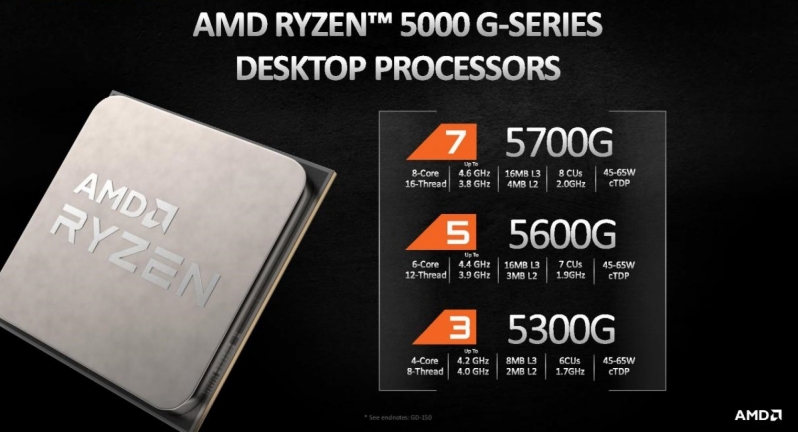 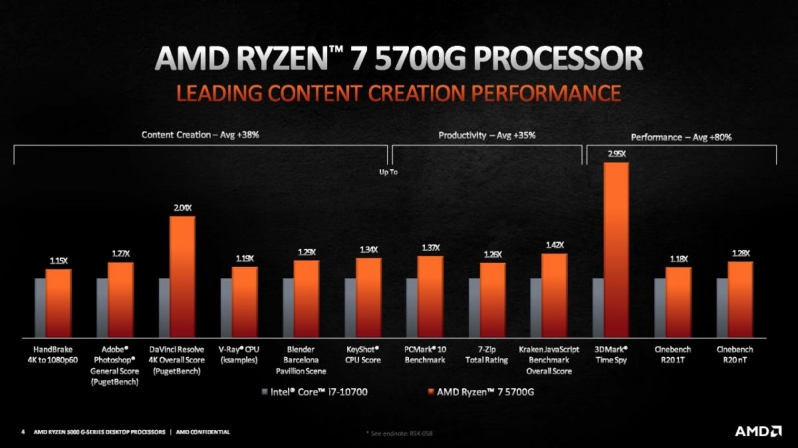 In gaming workloads, AMD also claims performance leadership over Intel, again ignoring the launch of Intel's 11th Generation processors. Perhaps AMD should have launched these processors before the release of Rocket Lake, as these performance comparisons are outdated. 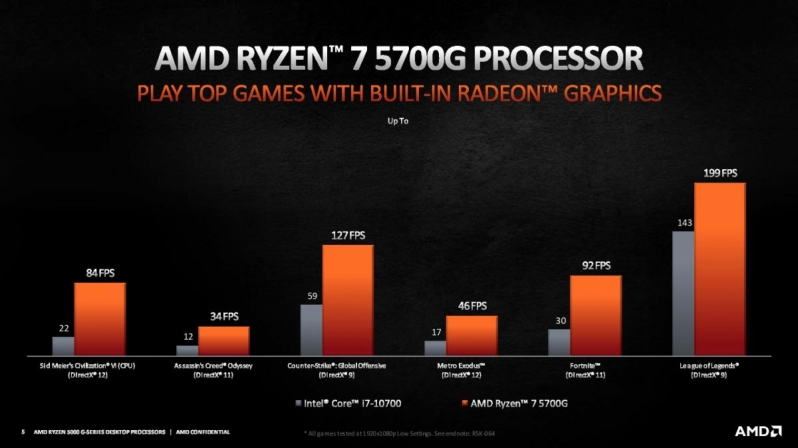 Why no RDNA iGPU?

With the Ryzen 5000G series, AMD has continued to utilise their Vega GPU architecture for their integrated graphics solution, refusing to move on to new architectures like RDNA or RDNA 2. We have the same eight Vega CUs as the Ryzen 4000G series, which is a downgrade over the 11 potential CUs present within Ryzen 3000G series APUs.

With the move to Renoir, AMD optimised their Vega architecture to deliver gamers new efficiency improvements, allowing their Renoir (and now Cezanne) Vega iGPUs to be clocked much higher than their Ryzen 2000G and Ryzen 3000G counterparts. This change counteracts the reduction in GPU CU count.

With the Ryzen 5000G series, iGPU performance is expected to improve thanks to Cezanne's use of Zen 3 CPU cores and the processor's increased L3 cache size. By adding more L3 cache, the Ryzen 5000G series APUs should be less bandwidth constrained, as the CPU's modified cache structure should allow the CPU-side of the APU to operate using less memory bandwidth. This freed up bandwidth can now be used by the APU's graphics component. While this is not a straight-up upgrade for Cezanne, we expect the Ryzen 5000G series to outperform its 4000G series counterparts in memory-limited gaming scenarios. 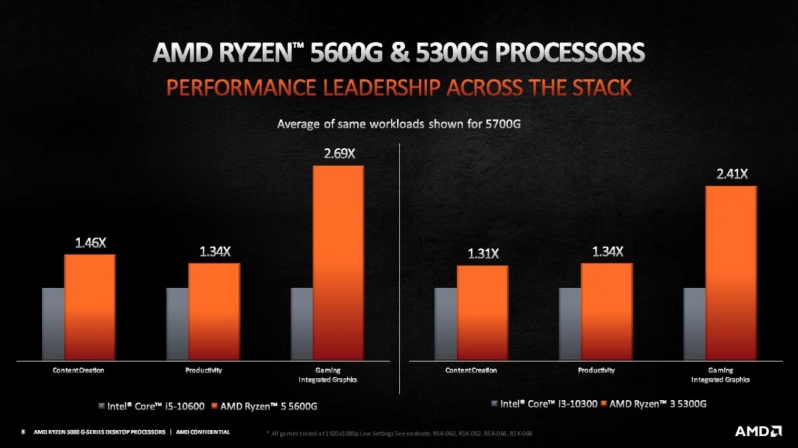 You can join the discussion on AMD's Ryzsn 5000G series of desktop APUs on the OC3D Forums. 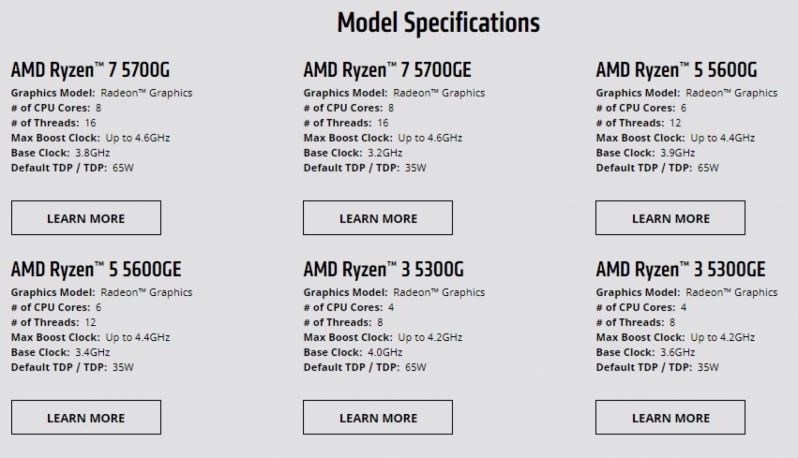 looz
Well, nice to have a confirmation that they're on the way for DIY as well.Quote