Following their leak of AMD's Ryzen 5 5600U specifications, ExecutableFix has revealed the specifications of AMD's entire Ryzen 5000U mobile GPU lineup, revealing processors which higher CPU/GPU clock speeds, more GPU CUs and SMT across the entire range.

If these leaks are accurate, AMD will be releasing their Ryzen 5000U CPU lineup with both Zen 3 and Zen 2 processors, launching Cezanne (Zen 3) and Lucienne (Zen 2) processors. Lucienne is a refined iteration of today's Ryzen 4000-series Renoir processors, while Cezanne is AMD's Zen 3 based Renoir successor.

What we don't like about this is that AMD's entire Ryzen 5000 series won't be based on Zen 3. It allows customers to purchase systems with Zen 2 processors in error, giving them less performance than expected.

All of these new processors will feature configurable TDPs of between 10W/25W and are due to deliver higher performance levels and greater power efficiency than their predecessors. AMD's new Zen 3 Cezanne SKUs are also reported to feature L3 cache sizes as large as 16MB, doubling Cezanne's L3 cache sizes over that of Renoir.

I do love me some teasers. Let's talk business now. Cezanne and Lucienne ???? 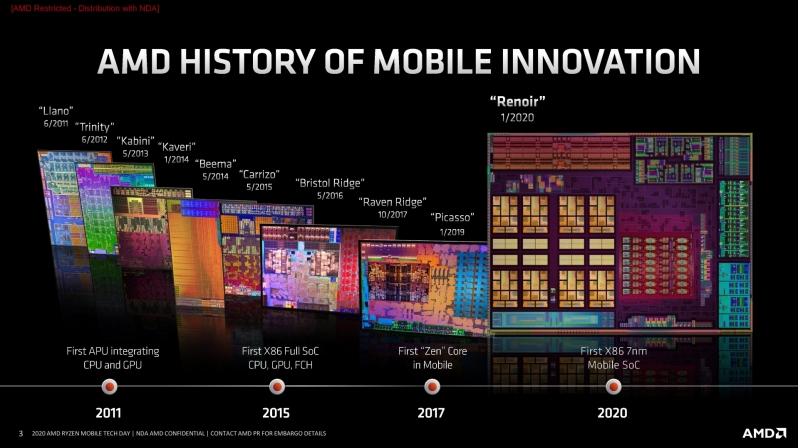 You can join the discussion on AMD's Ryzen 5000U series of mobile processors on the OC3D Forums.