The evidence is in today's Zen 3 processors

Any success within the semiconductor industry results from long-term planning and making the right predictions about the future of the market. CPU designers need to think years into the future, deciding what aspects of their products will be most important when they launch.

Apple didn't design their M1 processor within a short timeframe. There's a reason why Apple's move away from Intel was widely leaked years ahead of Apple's M1 reveal. It takes years to design a processor, and the evidence for this is everywhere.

While some say that AMD's focus on larger caches is part of their response to Apple's ultra-efficient M1 chip. This is not true, as the groundworks for AMD's V-Cache were in place long before Apple revealed their M1. It will be years before we see chips from AMD or Intel that are influenced by Apple's M1 design.

At Computex 2021, AMD revealed their V-Cache technology. V-Cache combines TSMC's 3D Fabric technologies with AMD's existing Zen 3 CPU design to vertically stack additional cache on their Ryzen 5000 series CPUs. This is 3D chip design in action, and this development has been in the works for years.

When AMD launched V-Cache enhanced Zen 3 processors, they will be using building blocks that are practically identical to today's Zen 3 CPUs. This means that AMD doesn't need to redesign Zen 3 to release updated processors with V-Cache. No new CPU stepping is needed, highlighting that V-Cache has been part of AMD's plans since Zen 3 was first designed. 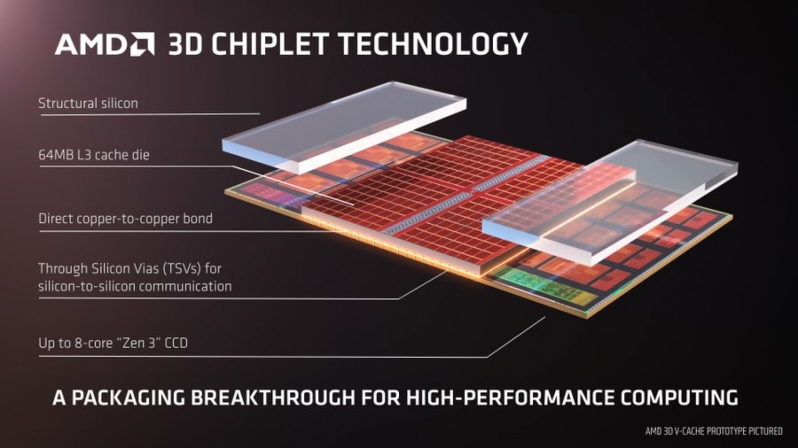 At Computex, AMD's Lisa Su has announced that AMD has created prototype Ryzen 5000 series processors that feature TSMC's 3D Fabric technology. This cache is AMD's V-Cache, and it stacks an additional 64 MB of SRAM onto AMD's Ryzen CPU chiplets, effectively increasing their L3 cache from 32MB to 96MB.

For AMD's prototype Ryzen 9 3D Fabric Processors, AMD can offer 192 MB of L3 Cache across two Zen 3 chiplets, delivering enthusiasts an insane amount of cache. These cache stacks are added using Through-Silicon Vias, allowing AMD to deliver 2 TB/s of bandwidth. Not only has AMD increased the size of its L3 cache, the company has also given this cache a huge bandwidth upgrade.

With their enhanced Zen 3 processors, AMD will be using a proven processor design with high production yields and enhance it using the power of modern 3D packaging technologies. This should help keep production costs low and deliver AMD an impressive performance uplift for their latest processors. 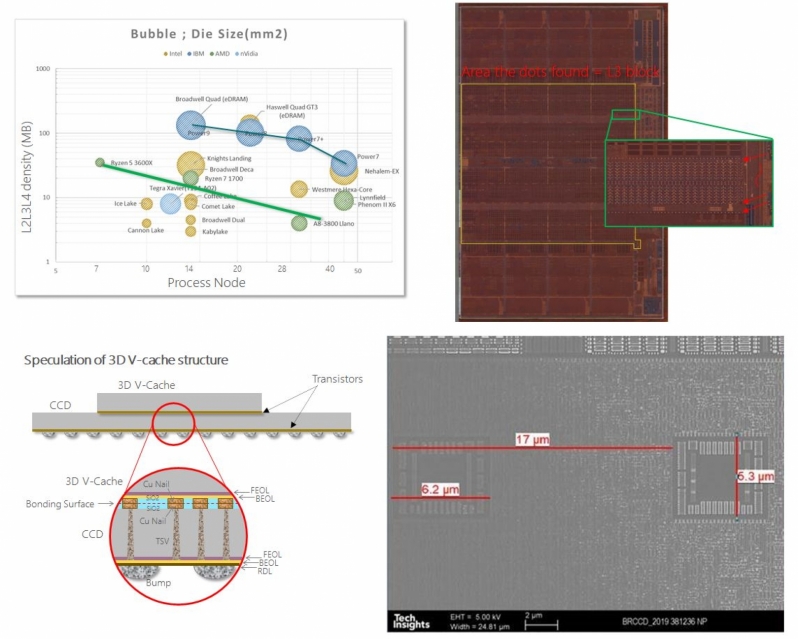 With their V-Cache technology, AMD plans to create a mass-produced processor that utilises 3D packaging technologies. This feat alone heralds the start of a new era for the semiconductor market. The era of 3D chip design is here.

While AMD's detractors will note that AMD's V-cache will only boost the performance of workloads that benefit from larger caches, it cannot be denied that cache-dependent workloads are critically important within today's marketplace. With their V-Cache technology, AMD revealed a 15% performance boost on average in gaming workloads. With gaming being an important driver within the DIY PC market, this is a big deal. Beyond that, many workstation applications will also benefit from larger caches, which will help AMD dive deeper into other areas of the PC market.

AMD expects to launch their first V-Cache enhanced processors in 2022, giving AMD's processors a healthy performance boost before the launch of Zen 4.

You can join the discussion on AMD's V-Cache enhanced Zen 3 processors on the OC3D Forums. 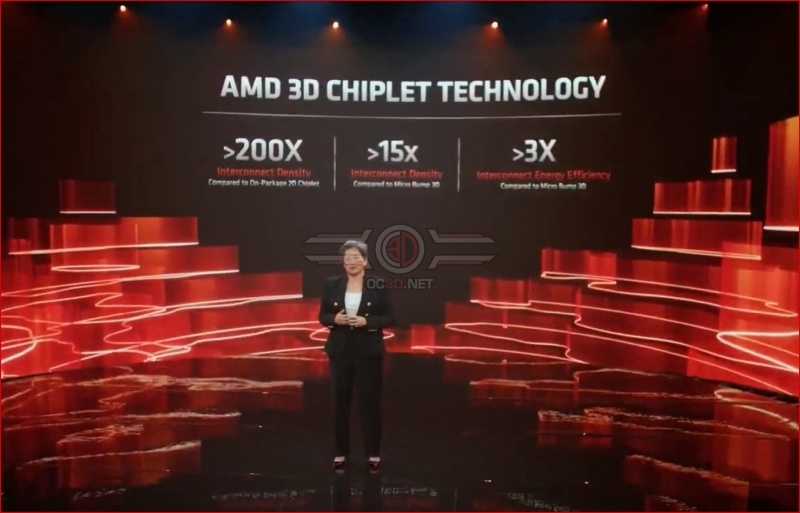