This image has been on the internet for 10 months...

An image of an AMD Genoa series processor has been uncovered by @phatal187 on Twitter, an image that comes from TF AMD in Malaysia. This image has been online for approximately 10 months, quietly flying under the radar or most leakers and analysts. With twelve CPU chiplets and a single I/O chiplet, the image below confirms that AMD's Genoa processors will feature up to eight CPU cores per CPU chiplet, making Genoa similar to Milan in that regard. These same CPU chiplets are expected to be used with future Zen 4 Ryzen processors.

AMD's Genoa series CPUs will utilise AMD's new SP5 CPU socket, a socket that is larger than today's SP3 socket from AMD. AMD's Zen 4 CPU chiplets appear to be slightly smaller than AMD's Zen 3 chiplets, thanks to AMD's use of TSMC's 5nm lithography technology. That said, the increase silicon density of 5nm will allow AMD to pack more transistors into this smaller area. AMD's I/O die for Genoa also appears to be smaller than the 14nm die used for ROME/MILAN (Zen 2/Zen 3) EPYC processors. 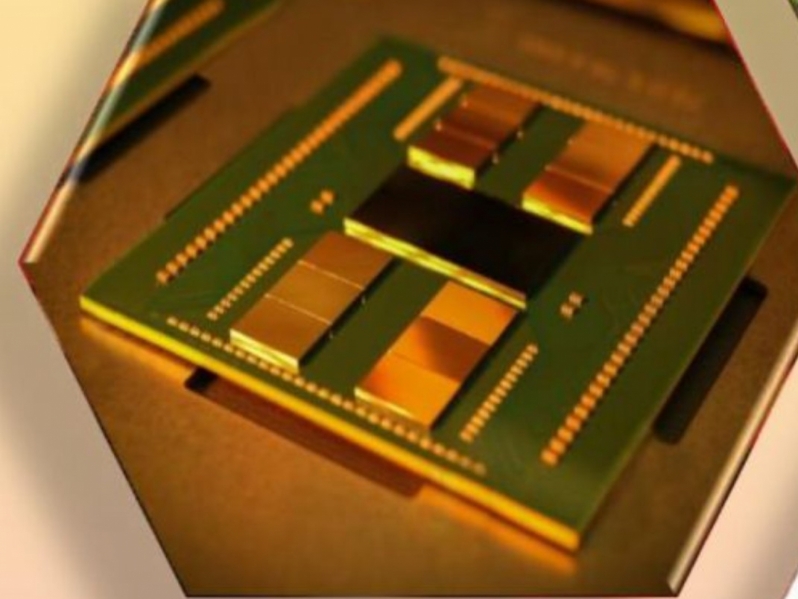 You can join the discussion on AMD's EPYC Genoa processors on the OC3D Forums.