Combine this with higher clocks, and AMD's onto another winner

When it comes to CPU performance, many factors come into play that can determine performance. While AMD's Zen 2 processors are gaining market share across the CPU market, the architecture is far from perfect, with Intel remaining competitive despite their process tech disadvantage and lack of significant IPC gains since 2017.

Red Gaming Tech has reported that AMD's Zen 3 architecture will deliver a 17% increase in average IPC over Zen 2, splitting into a 10-12 average IPC boost in integer workloads and a 50% boost in floating-point performance. These gains should allow Zen 3 to deliver significant leaps in single-threaded performance, placing AMD in a strong position as we move into 2020.

Rumour has it that Intel plans to release 14nm Comet Lake processors in early 2020, utilising the same Coffee Lake style cores as prior generations while delivering enhanced clock speeds and up to 10 total cores. If this is true, AMD's Zen 3 architecture could dismantle what remains of Intel's performance leadership, at least within the desktop market. What remains to be seen is what Intel's release plans are for 10nm CPUs and post-Skylake/Coffee Lake architectures. With Ice Lake we know that Intel can deliver greater IPC than today's Coffee Lake series processors, but so far Ice Lake and future Intel architectures haven't materialised in the form of new desktop or server-grade processors. 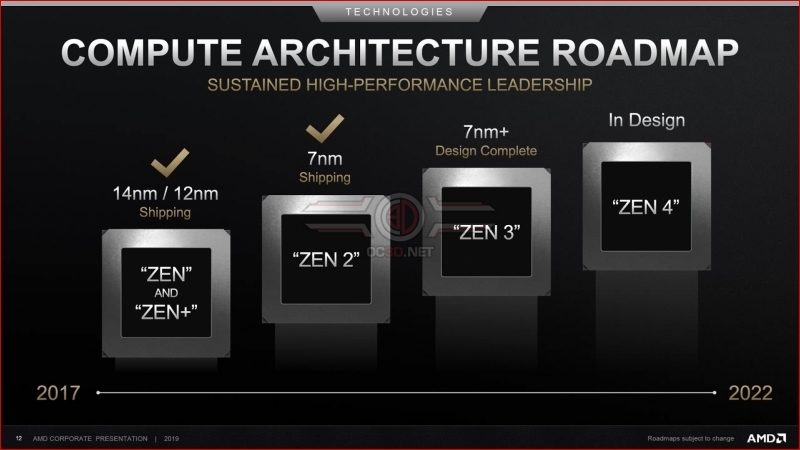 What do we know about Zen 3?

Earlier this year, we reported on a presentation from AMD's Martin Hilgeman which confirmed several aspects of AMD's Zen 3 architecture, including the design's move from Zen/Zen 2's split cache configuration, which split the L3 cache on each of AMD's CPU dies between two quad-core CCXs (with 8-core chips/chiplets). With Zen 3, AMD has moved to a unified L3 cache that could offer sizes that exceed that of Zen 2, offering users more L3 cache capacity and unified cache access across each core in a single 8-core CPU die.

Instead of offering two L3 caches that are 16MB in size (as seen in AMD's current Zen 2 design), AMD's Zen 3 core design will offer a combined "32+MB" of L3 cache between all eight CPU cores. This will lower potential inter-CCX latencies between the CPU cores in a single die and grant CPU cores better access to each chip's onboard L3 cache memory.

The slide below also suggests that Zen 3's L3 cache will be bigger than what was seen in Zen 2. This means that Zen 3 could offer a larger, combine L3 cache, granting all CPU cores better cache access while also providing the potential for more cache capacity. This could lower some internal CPU latencies, and allow Zen 3 processors to cache more data on-die. These changes could be beneficial for Zen 3's gaming performance, given AMD's existing marketing for "GameCache", and its benefits for Zen 2.

With each iteration of Zen, AMD has worked to mitigate the performance shortcomings of each architecture that came before it, delivering increased performance and fewer niche workloads that performed significantly worse of Zen/Ryzen hardware. This is expected to continue with Zen 3, and AMD's projected IPC gains are evidence of this.

Right now, AMD's Zen 3 series processors are expected to offer the same core/thread counts as their Zen 2 counterparts, and the architecture is expected to continue to support AMD's AM4 (Ryzen Desktop) and SP3 (EPYC) motherboard platforms with DDR4 memory. The TDP values of AMD's processors are also due to remain constant, making the main selling point of Zen 3 come in the form of increased performance levels. 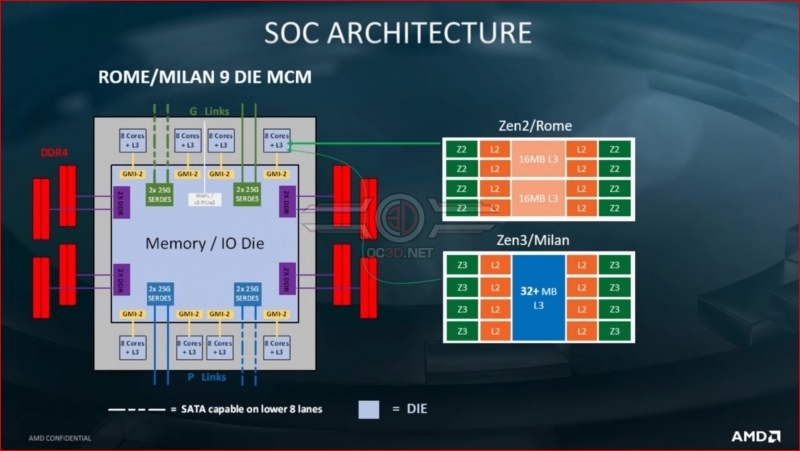 2019 was a hugely successful year for AMD, and it looks like this success will continue into 2020, with Zen 2's expected arrival on mobile platforms in Q1/2 while the second half of 2020 is due to be dominated by the release of Zen 3 series processors in the desktop and server markets.

Things are looking good for AMD as we move into this new decade, but only time will tell how long it will take for Intel to properly react.

You can join the discussion on Zen 3's rumoured IPC gains on the OC3D Forums.

I hope they can do this on X570Quote

demonking
Quote:
F#*! I over slept
Looks like someone is getting tired lol

Back to the topic, I do hope that we haven't seen corners cut that will enable spectre/zombie load type exploits down the line due to unifying the caches.
But good news all round if the the ipc gains are true, even without clock bumpsQuote

WYP
Quote:
Quote:
Let the awkward "what year is it" madness begin. I'm just a few days ahead of the curve.

I don't think the unified cache will do anything like that. Such an exploit would make any Ryzen CPU with L3 cache risky. Each core can already read all of the L3 cache on its die, it's just that the cache for the other CCX requires a larger latency jump to read.

As far as security goes, I'd hope that AMD knows what to look for now and design their processors to avoid these issues, that said, you can't make everything perfectly.Quote