Below AMD's Ryzen 5 5600 is the Ryzen 5 5500, another hex-core processor that features AMD's Zen 3 architecture and a UK price tag of £144.98. This processor is roughly £35 cheaper than the Ryzen 5 5600, but it features half as much L3 cache. Clock speeds between these two models are similar, but gaming workloads will have their performance hampered by the processor's lower L3 cache size. That said, the non-split nature of this L3 cache will give each of the Ryzen 5 5500's cores similar L3 cache access as a Ryzen 5 3600 or Ryzen 5 3600X. While more L3 cache would have been ideal, it should offer better gaming performance than a Ryzen 5 3600X. 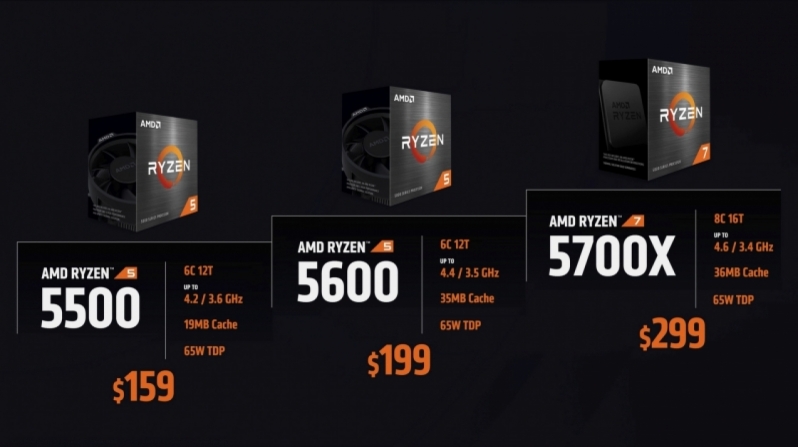 All of these new Ryzen processors are now available to order or pre-order from Scan UK.

You can join the discussion on AMD's latest Ryzen processors arriving in the UK on the OC3D Forums.