AMD has reworked its 2022 Zen lineup

AMD has launched seven new Ryzen processors to rework its desktop CPU lineup, confirming that their V-Cache enhanced Ryzen 7 5800X3D will be launching on April 20th and that new Ryzen 7, 5, and 3 models will be arriving on April 4th.

Using the company's 3D V-Cache technology, AMD has boosted their Zen 3 architecture by tripling the size of the company's L3 cache. This allows AMD to store more data on chip, accelerating various workloads. AMD's Ryzen 7 5800X3D has 96MB of L3 cache and deliver 15% more gaming performance on average at 1080 than their Ryzen 9 5900X when using an Nvidia RTX 3080 graphics card.

AMD has also claimed that they offer gamers fastest CPU performance on the market, even when compared with Intel's i9-12900K with DDR5 memory. These claims come from testing with games like Watch Dogs: Legion, Far Cry 6, Gears 5, Final Fantasy XIV, Shadow of the Tomb Raider, and CS:GO. 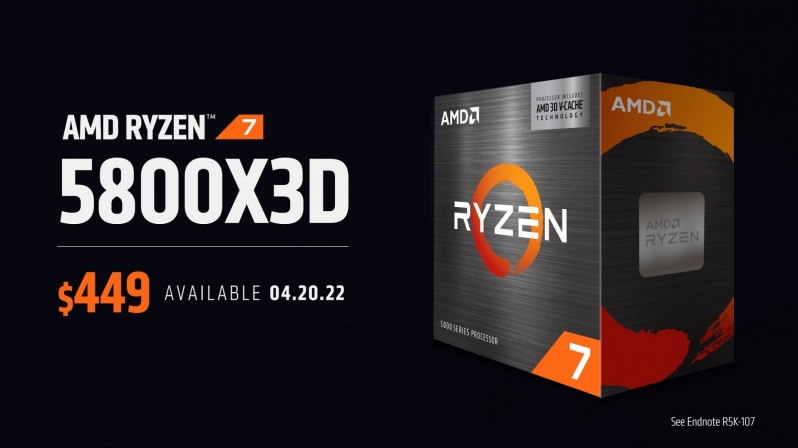 AMD's new Ryzen 7 5700X and Ryzen 5600 are the two highlights of AMD's updated Ryzen 5000 series lineup. These new CPUs have 32MB of L3 cache and act as cheaper alternatives to AMD's Ryzen 7 580)X and Ryzen 5 5600X respectively. These new models are designed to deliver great gaming performance at a lower price. Both of these CPUs support PCIe 4.0

Below the 5600 is the Ryzen 5 5500, which offers six cores and similar clock speeds to its more expensive counterpart. This model features half as much L3 cache, giving the model lower performance levels in some workloads. This makes the Ryzen 5 5600 a better choice for gamers. Beyond that, the 5500 only supports PCIe 3.0. 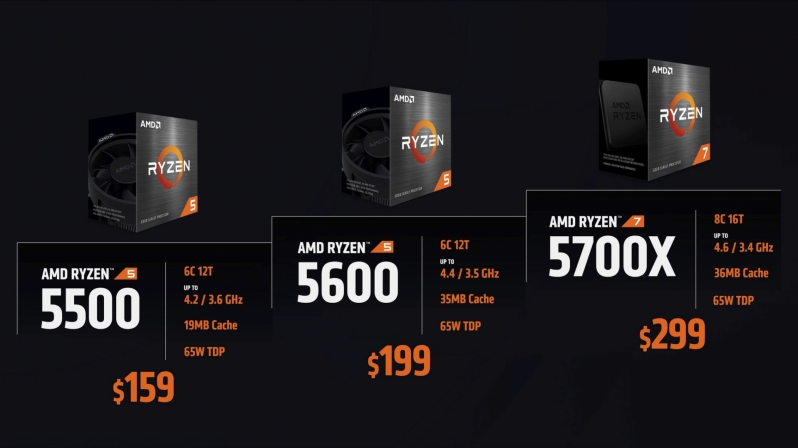 I know what some of you are thinking. Zen 2 in 2022? Yes, AMD has new Zen 2 CPUs for us, and these new models make up the value-oriented section of AMD's new AM4 Ryzen lineup. These models all cost $154 or less, giving PC builders a lot of performance at a minimal cost. These CPUs don't have huge caches or PCIe 4.0 support, but they are cheap and will deliver ample performance for budget builders. 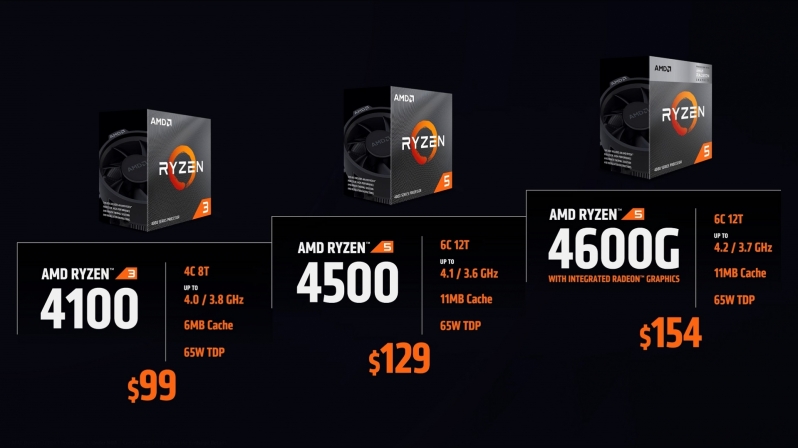 On the high-end, AMD's delivering more gaming performance with their Ryzen 7 5800X3D and better pricing with their lower-end Ryzen SKUs. In all, this is a solid update from AMD, especially given the confirmation of Zen 3 CPU support on 300-series Ryzen motherboards. This means that Zen 1 users will be able to upgrade to Zen 3.

You can join the discussion on AMD's seven new Ryzen CPUs on the OC3D Forums.