Soon, AMD's server CPUs may have over a gigabyte of L3 cache

AMD's 3D V-Cache technology will allow them to create insane processors with ludicrous amounts of L3 cache. Back at Computex 2021, AMD showcased a V-Cache enhanced Ryzen 5900 processor with 192MB of L3 cache, 3x as much cache as a standard Ryzen 9 5900X.

The latest CPU specifications leaks from EcecutableFix (@ExecuFix) have showcased what AMD's V-Cache technology will do to the company's Milan series of EPYC processors. To make a long story short, AMD's Milan-X CPUs will deliver an insane amount of L3 Cache to its future EPYC users.

ExecuFix has also reported that AMD's 32-core 7573X, 24-core 7473X, and 16-core 7373X will also feature 768MB of total L3 cache. Remember when full PCs featured less than 768MB of total memory? Soon, it looks like AMD will be offering customers almost a Gigabyte of cache! 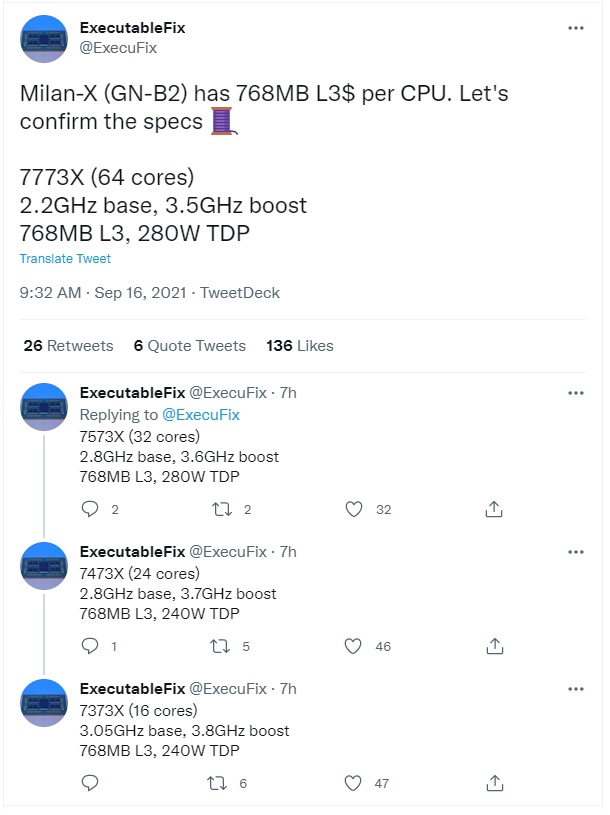 AMD's V-Cache technology does two things, it increases L3 cache capacity, allowing more data to be stored on-chip, and it significantly increases AMD's L3 cache bandwidth. Both of these changes will impact Milan X's performance. By keeping more data on-chip, Milan X processors will not need to access DRAM as frequently, freeing up that bandwidth for other tasks while granting users faster access to on-chip data.

You can join the discussion on AMD's Milan-X CPU specifications on the OC3D Forums. 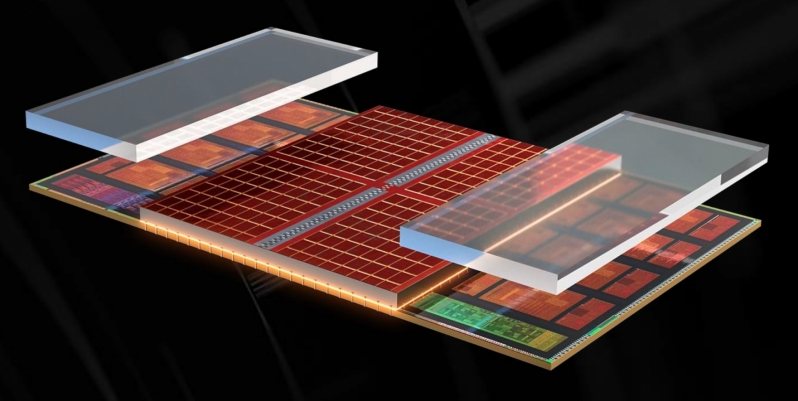