AMD's planning to reveal something EPYC on November 10th

AMD's hosting a 'together we advance_data centers' event next month

AMD has announced that they will be hosting a new "together we advance" livestream on November 10th, an event where the company will be revealing new data center products. Here, AMD will be revealing their next-generation AMD EPYC processors, and detailing their latest platform innovations. 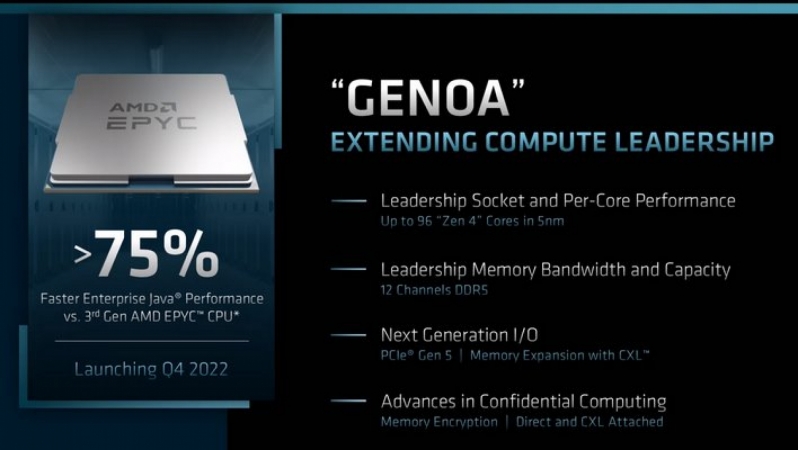 On November 10th, AMD will be showcasing what is possible with their next-generation of EPYC processors, highlighting the performance benefits that they offer over their existing EPYC processors and why their customers should be interested in investing in new AMD hardware.

With Genoa, AMD will be offering their customers more cores (up to 96 cores for Genoa), more memory bandwidth/capacity (with 12-channel DDR5 support), and increased versatility thanks to their new EPYC roadmap. In the future, AMD will supplement their 4th generation EPYC offerings with 3D V-Cache enhanced Zen 4 models, and additional CPU models that utilise the company's Zen 4c architecture.

You can join the discussion on AMD's 4th Generation EPYC reveal event on the OC3D Forums.