2019 was a transformative year for AMD, and that momentum will continue into 2020. On January 6th, AMD plans to host its CES Press Conference at 2 PM PST (10 PM GMT), where the company plans to "push the envelope yet again" in the world of high-performance computing.

In 2020, we already know that AMD will release a 64-core processor in the form of their Ryzen Threadripper 3990X, power two next-generation consoles with Xbox Series X and PlayStation 5, and bring its 7nm Zen 2 architecture to mobile CPU market.

Last year, in an interview with Venture Beat, Lisa Su claimed that 2020 would be an "even larger product year" for AMD. Lisa Su is confident that AMD will be able to deliver stronger products than ever before in 2020, hitting Intel hard across the entire CPU market.

While we do not expect AMD to reveal many details regarding Zen 3, we expect AMD to shed some light on its 2020 product roadmap. Zen 3 is currently due to release on a 7nm+ lithography process in the second half of 2020, and AMD needs to assure its customers that it will be able to deliver Zen 3 on time.

New Zen 2 processors are due to be revealed at CES 2020, including AMD's Ryzen 4th Gen Mobile processors and AMD's highest-end Ryzen 3rd Gen Threadripper processors. With this in mind, it may not be in AMD's best interest to hype up Zen 3 too much, as AMD wants its customers to buy, not wait.

While AMD's Ryzen Mobile processors are receiving a lot of interest from notebook makers, Intel's offerings remain preferable in a lot of cases. With Ryzen Mobile 4000 series CPUs, AMD will be able to deliver significant performance and efficiency gains thanks to their 7nm lithography and their Zen 2 CPU architecture.

We expect AMD to focus on its new Ryzen Mobile processors at CES 2020, highlighting their performance/watt advantages and their design wins from major notebook makers. With Intel suffering from a CPU shortage, AMD has an opportunity to gain significant market share within the mobile market, especially given the projected performance and efficiency gains of their newest processors.

With AMD powering both next-generation consoles, the company has the chance to highlight some of the new features that will arrive on new Radeon products in 2020. Microsoft has already highlighted features like Hardware Accelerated Raytracing and Variable Rate Shading (VRS), but so far, AMD has not showcased any of these features in action. It is possible that AMD could use CES to showcase these new product features, though Computex and E3 could be more suitable. 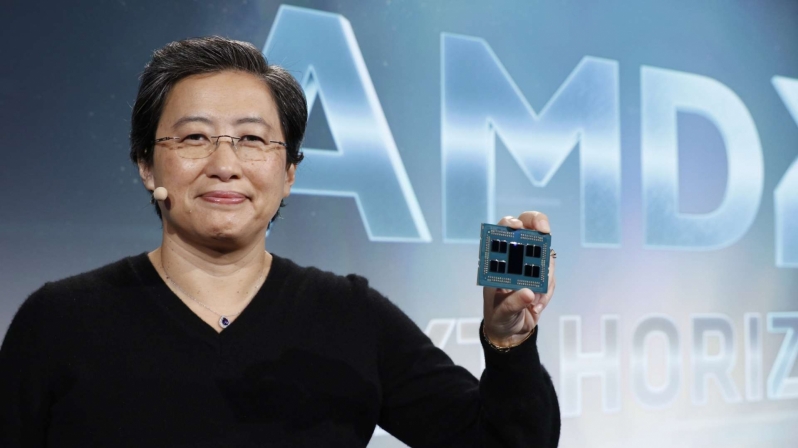 2020 is set to be AMD's strongest year to date, starting this new decade strong with new product offerings and gains in seemingly every area of the CPU market. Usage in both next-generation consoles has also enabled AMD to define the next-generation of gaming, though it remains to be seen if AMD can repeat its Ryzen success in the PC graphics market with RDNA.

AMD's CES 2020 Press Conference will be live-streamed and archived on YouTube. In the UK, this conference will take place on January 6th at 10 PM.

You can join the discussion on AMD's CES 2020 Press Conference on the OC3D Forums.

NeverBackDown
Past 3 years has been exciting years for AMD. Each year is better and better. This year I suspect though will be massive and that's also a large part due to next gen consoles releasing.Quote

KingNosser
I'm not expecting much myself, I doubt we will see big navi and it's the only thing I want to hear about from amd.Quote

Avet
They will officially confirm stuff. AMD has been open about the road map and they probably leak some of the info by themselves to stay in the news. They have been releasing products on schedule. Not always finished product but nevertheless released on time.Quote

Bartacus
I've turned into a certified AMD fanboy it seems, mainly out of hatred for Intel and their behaviour, but I'm glad I did. I've seen (and purchased) every generation of Ryzen (and one Threadripper), and they have made amazing leaps between generations. I only wish they could get back into the game on the GPU front.Quote

Glad though, it's saved me a whole load of cash lol.Quote
Reply