With 50% more GPU Compute Units (CUs) and new RDNA 2 CUs, AMD's Rembrandt APUs should deliver tremendous performance gains over their predecessors in graphics-related workloads. Rembrandt will sit at the core of powerful mobile gaming offerings from AMD, offering up to 50% more compute units and all of the architectural benefits of AMD's latest Radeon architectures.

While AMD's Rembrandt CPUs will offer gamers a lot of graphics performance, it is worth remembering that these iGPUs will remain less powerful than consoles like Microsoft's Xbox Series S, which uses 20 RDNA 2 compute units in its design. Even so, Rembrandt should offer a great experience on older titles and cross-generational game releases.

If today's rumours are legitimate, AMD's Rembrandt series of Ryzen Mobile APUs will offer AMD a tremendous boost to integrated graphics performance, thanks to AMD's use of the latest Radeon architecture and more GPU compute units.

You can join the discussion on AMD's next-generation Rembrandt CPUs on the OC3D Forums. 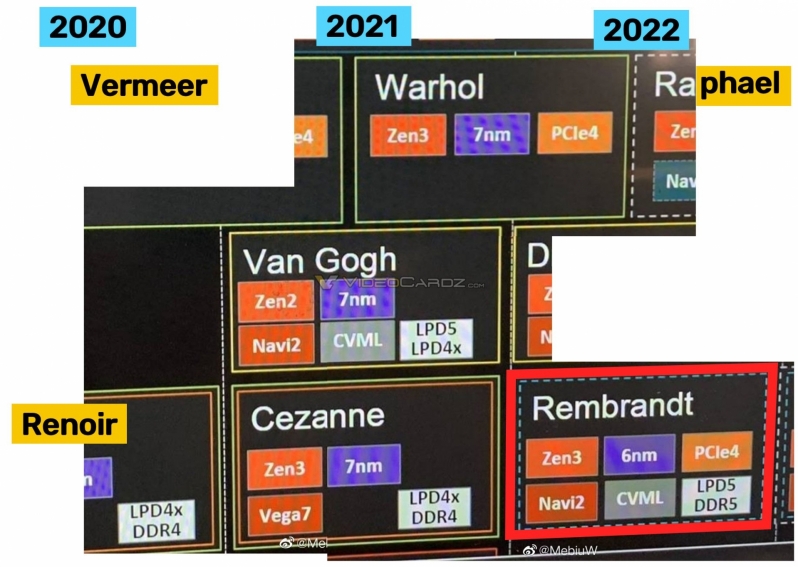 ET3D
We knew that Rembrandt has 12 CU RDNA 2 last year. I'm not sure why it's suddenly making the rounds as if it's news.Quote

Dicehunter
Quote:
Prior to this the info was sketchy at best, Now it's all but officially confirmed hence being newsworthy.Quote

grec
Oh that point, it is surprising how incredibly reliable APU, or just AMD in general, leaks have been for a fair few years nowQuote
Reply