An uber-tier CPU for workstation users

It looks like AMD has plans to release a PRO series of Ryzen Threadripper processors, offering users expanded I/O options, extended memory support and a new socket for enthusiasts to play with.

The image below of AMD's Ryzen Threadripper 3995WX first appeared on Chiphell, implying that samples for this processor are already available. However, access to this image has been restricted on the website. Thankfully, the Twitter user @9550pro has reported the picture on Twitter.

Threadripper Pro, is these reports are legitimate, will be an ultra-premium series of workstation-grade processors from AMD, offering users the sheer grunt of AMD's Ryzen Threadripper series with many of the server/workstation benefits of EPYC. Access to larger banks of DRAM and more memory channels will help feed the cores of AMD's highest core count processors with the memory capacity and bandwidth that they require. It is also possible that sWRX8 motherboards will also feature access to more PCIe 4.0 lanes than AMD's TRX40 platform, though this has not been confirmed. 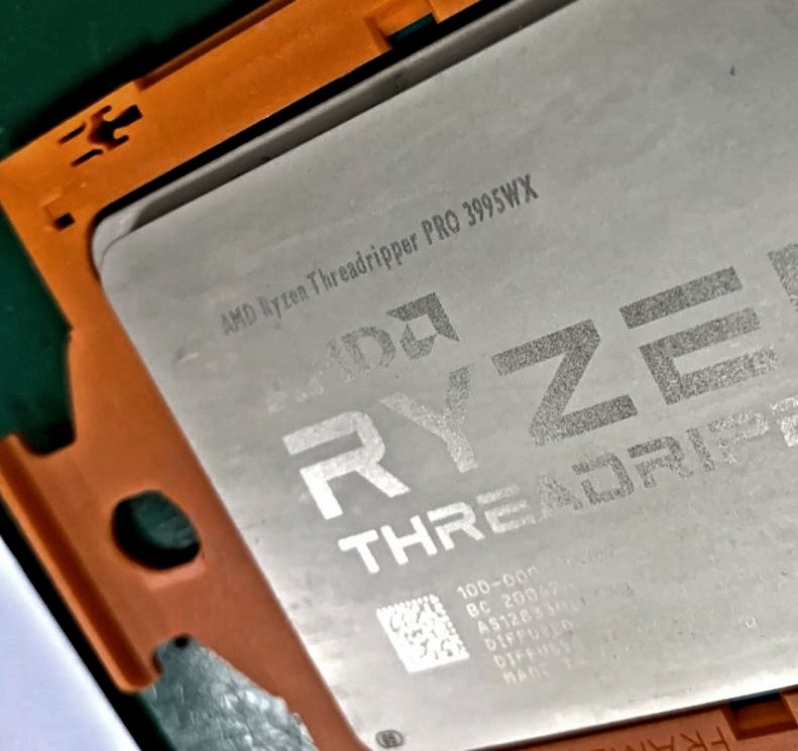 You can join the discussion on AMD's Ryzen Threadripper PRO 3995WX processor on the OC3D Forums.