Rumour has it that AMD's about to launch a large number of new CPUs into the desktop and enterprise PC markets, extending their Zen 3 lineup with new Ryzen, Threadripper Pro, and EPYC series models.

Starting with Threadripper Pro, AMD's new Ryzen 5000 series models will finally bring AMD's Zen 3 CPU cores into the world of high-end workstations. These CPUs should be compatible with existing Threadripper PRO motherboards and support eight-channel DDR4 memory. That said, this month's Threadripper launch (according to Videocardz) will be OEM and SI only, with a consumer launch coming later. 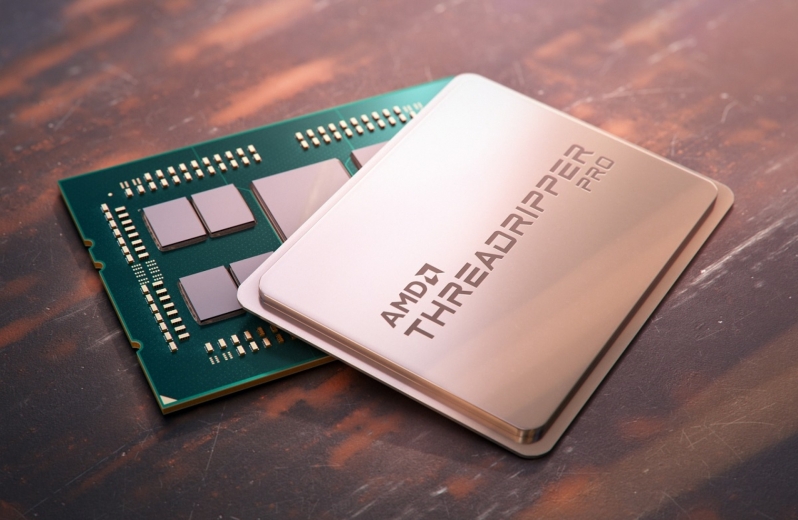 A New Flagship Gaming CPU is coming from AMD

At CES 2022, AMD revealed a single V-Cache enhanced Ryzen processor, the Ryzen 7 5800X3D, a new AM4 processor that promises to deliver an average performance boost of 15% in gaming workloads when compared to a Ryzen 9 5900X, which is currently AMD's fastest gaming CPU. In AMD's testing, performance gains of between 9% and 36% are showcased, highlighting the performance benefits that a larger L3 cache can deliver.

By keeping more data on-chip, AMD's Ryzen 7 5800X3D can access and start working on data faster. Accessing data on L3 cache is much faster than accessing data from memory, even with low-latency DDR4 memory kits. This allows AMD's Ryzen 7 5800X3D to spend less time waiting for memory and more time working. With V-Cache, AMD believes that they have bested Intel's i9-12900K, even when it is used with DDR5 memory.

You can join the discussion on AMD's rumoured March 2022 CPU launches on the OC3D Forums. 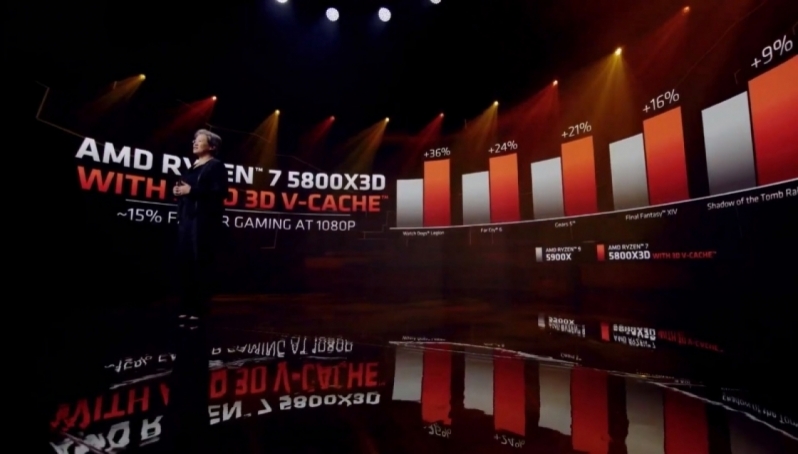