7nm and Zen Mobile are a match made in heaven.

Today marks a turning point for AMD, one which will make 2020 an incredibly successful year for the company. The Zen 2 revolution has now arrived on mobile platforms, with the Ryzen 4000 series bringing Zen 2 and 7nm to notebooks.

While AMD's Zen architecture was previously available within laptops, they didn't compete with Intel favourable, especially on the high-end. Now, thanks to the Ryzen Mobile 4000 series, that changes. Now, AMD can offer eight cores and sixteen threads at a TDP of 15W, an industry first.

What Ryzen 4000 series mobile CPUs offer is more cores, heightened efficiency levels and increased performance. Zen 2 has already revolutionised the desktop, server and high-end desktop markets, and that trend doesn't change with mobile. If anything, the efficiency gains offered by both 7nm and Zen 2 are heightened within the mobile market, as this is the market where performance-per-watt matters most. 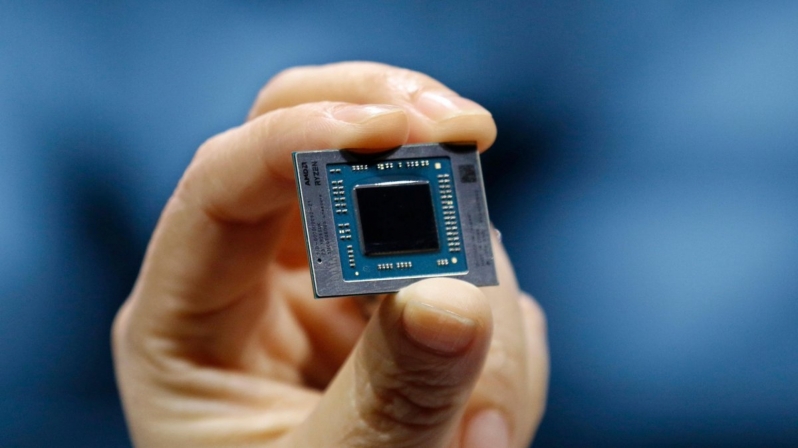 AMD has claimed that Zen 2 is "Twice As Power Efficient" as AMD's last-generation mobile offerings. 30% of this improvement comes thanks to AMD's Zen 2 core design, while TSMC's leading-edge 7nm lithography delivers the remaining 70%.

A generational efficiency improvement of 2x is almost unheard of within the CPU market, and you can be sure that these gains will bring more customers to AMD as we move into 2020.

For the thin and light 15W TDP market, AMD has revealed their Ryzen 7 4800U, a processor which offers users eight cores and 16 threads. This is more cores than what Intel can offer at this TDP, and a 2x increase over AMD's highest-end Ryzen 3000U series offerings.

With this processor, AMD promises to deliver strong performance and cool/quiet operation in lightweight notebook designs. AMD expects its first Ryzen 4000 series mobile processors to release in Q1 2020, and for 100+ laptop designs to utilise the series before the end of 2020. 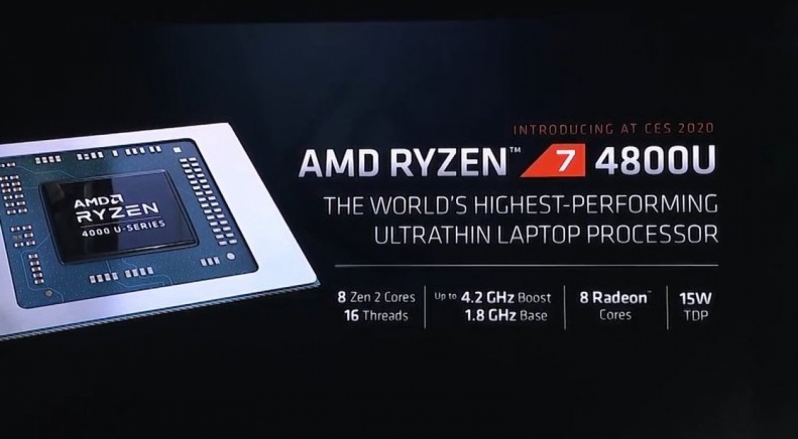 As you can see below, AMD's product offering can surpass Intel's product with ease, with the Ryzen 7 4800U making a mockery of Intel's Ice Lake i7-1065G7. Please note that AMD provided these benchmarks, so take these results with a grain of salt. 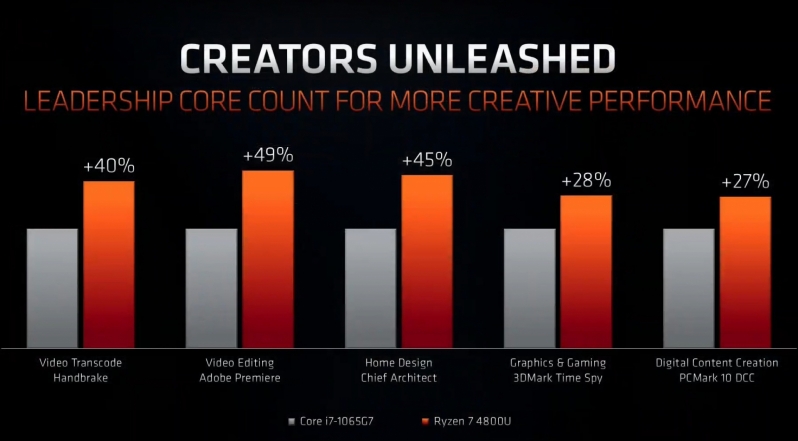 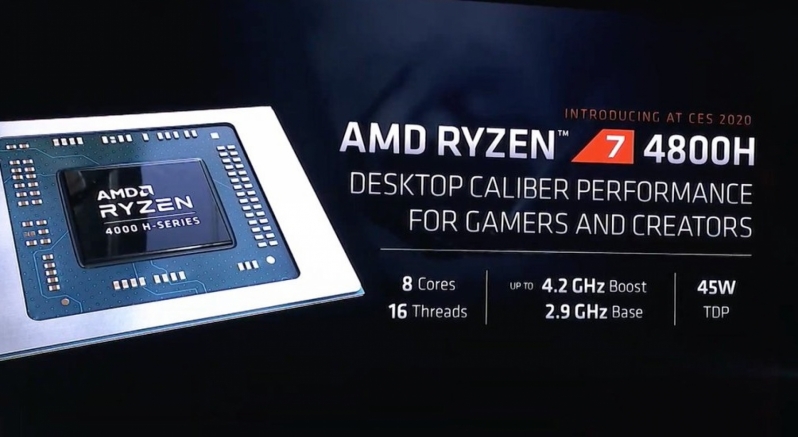 When looking at the slide below, we can see AMD's new Ryzen Mobile processor deliver a 39% performance boost over Intel's i9-9750H mobile CPU at the same 45W TDP and a notable performance boost over Intel's desktop-grade i9-9700K. This is a massive achievement for an AMD Ryzen Mobile processor, though it is worth noting that Intel's i7-9700K lacks SMT (hyperthreading), giving AMD a thread-count advantage. 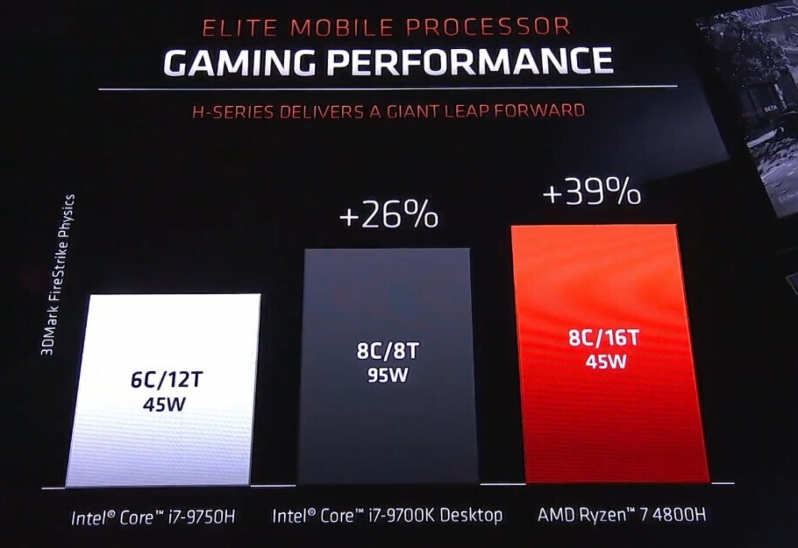 With Ryzen Mobile 4000, AMD now has the opportunity to take a slice of the high-end notebook market, giving AMD access to higher revenues and sales volumes. I predict a successful 2020 for AMD.

You can join the discussion on AMD's Ryzen 4000 series processors on the OC3D Forums.

NeverBackDown
Now if only the APUs could get some loveQuote

NeverBackDown
Why's confusing about it? It's comparing a similar TDP product. It's showing how more efficient AMD is when using the same amount of power.Quote

Then again maybe it should be compared to a 10880H? Whatever.Quote

WYP
Quote:
10880H isn't out yet, so AMD literally cannot compare them. It is also likely that AMD's comparing price competitors. I also believe there is a Ryzen 9 mobile line in the works.Quote
Reply