Zen 3 APUs are coming to desktop

Thanks to @momomo_us, the specifications of AMD's Ryzen 5000G series of desktop APUs have leaked onto the web, revealing three new CPU models, the Ryzen 7 5700G, the Ryzen 5 5600G and the Ryzen 3 5300G. These CPUs will feature eight cores, six cores and four cores respectively.

All three of these processors appear to utilise AMD's Cezanne silicon, which features AMD's Zen 3 CPU architecture and a refined version of AMD's Vega graphics architecture. You can tell that this CPU uses Cezanne silicon because AMD's Ryzen 5 and Ryzen 7 models feature 16MB of L3 cache, two times as much cache as AMD's last-generation Renoir processors.

Sadly, the iGPU specifications of AMD's Ryzen 5000G series processors remain unknown, or if AMD plans to release the Ryzen 5000G series as a retail product. AMD's Ryzen 4000G series of desktop CPUs were exclusive to OEMs and System Integrators, though today's GPU shortage may give AMD a strong reason to launch new Ryzen G-series processors to the DIY PC market. Integrated graphics will be a useful stop-gap solution for many PC gamers until GPUs return to store shelves and pricing returns to normal levels.

Below are the known specifications of AMD's Ryzen 5000G series of processors.

You can join the discussion on AMD's Ryzen 5000G series of desktop APUs on the OC3D Forums. 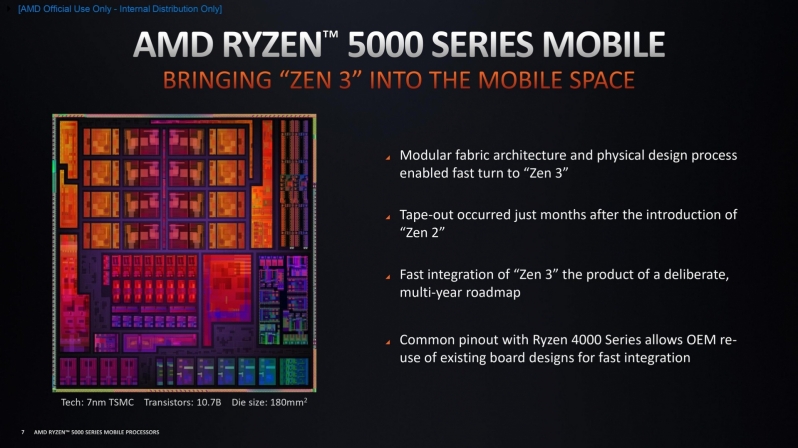 ET3D
The 4000G family was also leaked beforehand and ended up as OEM-only, so I'm not getting my hopes up until there's an official release.

Edit: Oh, this comes from HP Mexico, which is a bad sign.