V-Cache is here, but is it worth it?

So far, Scan UK is the only retailer that currently sell AMD's new flagship gaming CPU, listing the CPU with a £409.99 price tag. This is significantly cheaper than Intel's top gaming CPUs, the i9-12900K and i9-12900KS, though it is worth remembering that Intel flagship Alder Lake CPUs can thrash it Ryzen7 5800X3D in other workloads. Just look at our Ryzen 7 5800X3D review for more information. 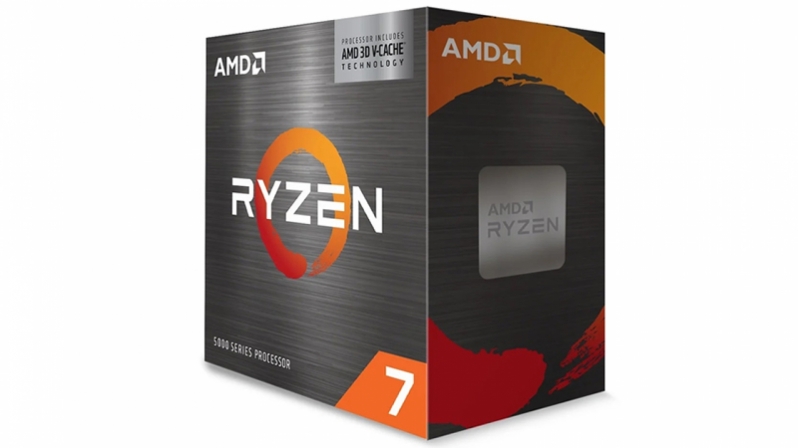 Competition from all sides (Even from AMD)

On Scan UK, AMD's Ryzen 9 5900X is currently priced at £359.99, making it significantly cheaper than AMD's new Ryzen 7 5800X3D. This places AMD's Ryzen lineup in a strange place, as PC builders will need to choose between Cache and Cores, which is a big deal.

With the Ryzen 9 5900X, users get access to 12 cores and 24 threads. With the Ryzen 7 5800X3D, users get access to 8 cores, 16 threads, and 96MB of total L3 cache, all of which is accessible by all of the CPU's cores/threads. Depending on your workloads, your system will perform better with more cache, or more cores. It is up to you to judge which processor is better for you.

For hardcore gamers, AMD's V-Cache technology can deliver tremendous performance boosts. If your workloads are productivity-focused and multi-threaded, you will be better off with an Ryzen 9 5900X. The Ryzen 7 5800X3D may be a great gaming processor, but it is not the best processor that AMD offers for all potential workloads.

You can join the discussion on AMD's Ryzen 7 5800X3D becoming available in the UK on the OC3D Forums.

KingNosser
I feel it's a little over where it should be, i'd have been more tempted otherwise.

I'm in half a mind to get a 5900x but i now feel the 5700x will do all i really need and by the time 12 cores would ever be relevant in gaming i'd be looking to upgrade again, the difference in gaming is minimal really at 1440p few frames here and there.

Still my mind may change again, still waiting on that bios then it'll be desision time lolQuote

NeverBackDown
If boards could be cheaper I'd be tempted to upgrade... As is not worth the platform switch for either team.Quote
Reply