Could the Ryzen 5 5600 be the price/performance king?

AMD's first round of Ryzen 5000 series processors are due to launch on November 5th, catering the high-end PC and gaming markets. At launch, AMD's will not be launching Ryzen 7 5700X or Ryzen 5 5600 models, which were expected to release as more value-oriented versions of the 8-core Ryzen 7 5800X and Ryzen 5 5600X respectively.

Right now, AMD's planning to deliver Ryzen 5000 series (Zen 3) support to their 400-series motherboards in January 2021, roughly coinciding with the rumoured launch of their Ryzen 5 5600. This move will allow existing AMD users to upgrade to what should be AMD's new value gaming king without changing their motherboard.

It is also possible that AMD plans to release Ryzen 7 5700X processors within the same timeframe, offering gamers additional value within the 8-core section of the PC market.

At launch, AMD's bringing to the market its highest-end Ryzen 5000 series models. At launch, AMD is aiming for high margins and performance leadership over Intel, which is why they are not bringing lower-end Ryzen 5000 series processors to market on day 1. AMD will probably launch lower-cost models at a later date to deliver consumers more value for money, after claiming performance leadership within the gaming and workstation markets. 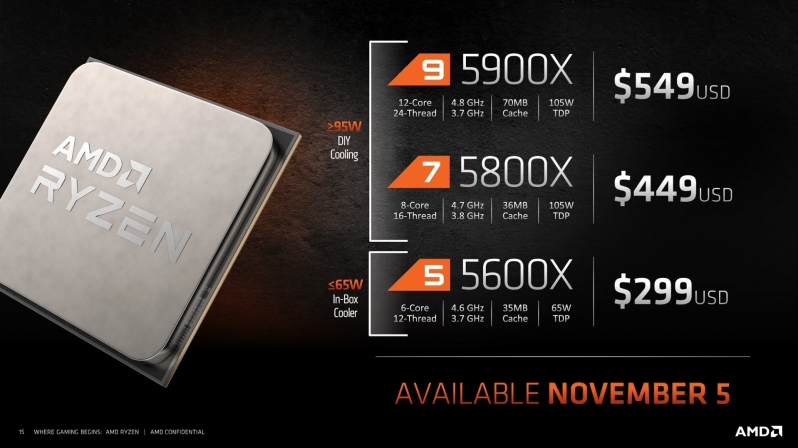 It is likely that AMD's rumoured Ryzen 5 5600 would closely match the performance levels of Intel's i5-10600K, delivering insane vale within the £200 segment of the CPU market. 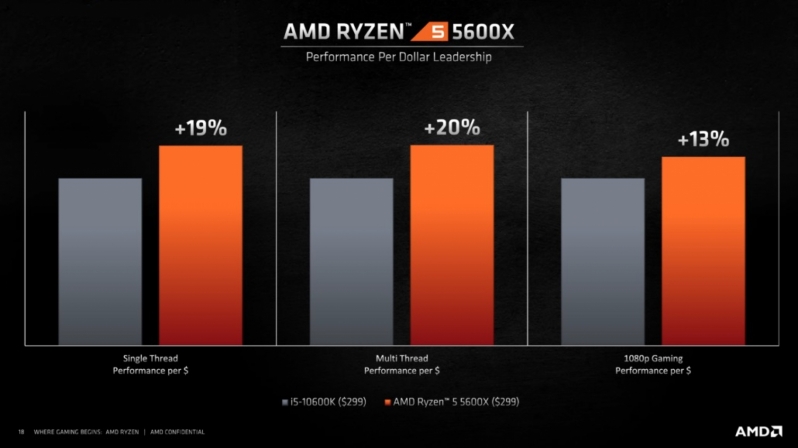 You can join the discussion on AMD's rumoured Ryzen 5 5600 launch plans on the OC3D Forums.

AngryGoldfish
This is good news. Now for a budget 8 core in early 2021 too.Quote
Reply