AMD has already revealed a lot of information about their Ryzen 7000 series of processors, the company's upcoming Zen 4 series of desktop processors. AMD has already stated that these new CPUs will ship on the company's new AM5 LGA CPU socket, that they will support DDR5 memory and that they will be manufactured using TSMC's 5nm lithography process.

On top of that, AMD has already showcased a Ryzen 7000 series processors that had all of its Zen 4 cores running at 5GHz (source), highlighting significant clock speeds improvements for AMD's Ryzen 7000 series processors. Additionally, Zen 4 should also offer PC users a new suite of architectural enhancements that will deliver users more performance per clock cycle. In short, Zen 4 should gain performance through higher core clock speeds and architectural advancements.

AMD's Zen 4 Ryzen 7000 series processors are due to launch in the second half of this year. New reports have claimed that AMD's Zen 4 Ryzen desktop offerings will offer gamers up to sixteen cores, just like the company's Ryzen 3000 and Ryzen 5000 series processors. That means that performance gains from AMD's next-generation Ryzen processors will come from architectural enhancements and boosted clock speeds, not increased core counts.

@greymon55 on Twitter has claimed that AMD will launch a 12-core Ryzen 9 7000 series processor that has a TDP of 105W, and a 16-core model has a TDP of 170W. This high TDP processor will require a high-end cooling solution to operate. That said, AMD's Ryzen 7000 series is likely to be more power efficient than its predecessors, which means that this TDP increase will come with a huge increase in overall CPU performance. 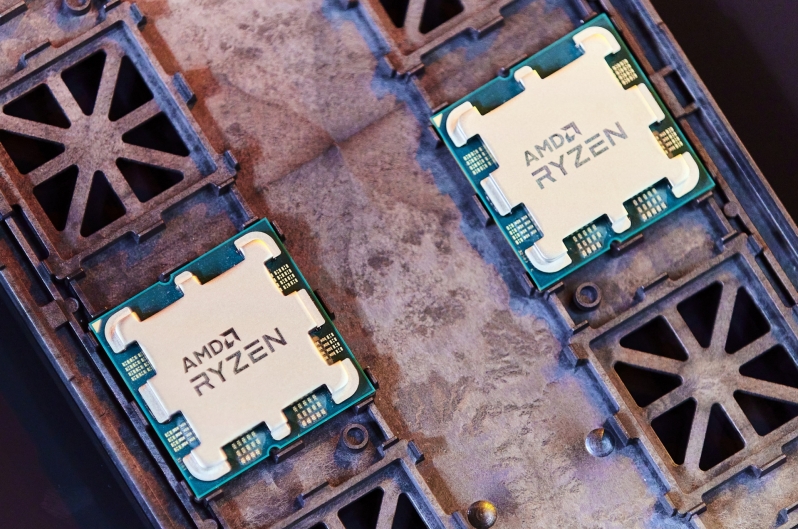 Currently, AMD has shown no signs of releasing a 16+ core Ryzen processor for its AM5 socket. In contrast, Intel has confirmed that their 13th generation Raptor Lake processors will feature up to 24 cores and 32 threads, offering users up to eight P-Cores and up to sixteen E-cores. It looks like AMD will have to beat an Intel 24-core processor with sixteen cores to sit on top of the desktop CPU market later this year.

With their Ryzen 7000 series, it looks like AMD's CPUs will not use a hybrid x86 design. All cores on AMD's Ryzen 7000 series processors will use the company's Zen 4 architecture. In Intel terms, all of AMD's cores are P-Cores. Even so, with Ryzen 7000, AMD will need to beat Intel's higher core count offerings if AMD wants to be the leader of the x86 desktop CPU market.

With Zen 4, AMD could have tried to increase the ore count of their Ryzen 7000 series processors. Instead, AMD appears to have focused on beefing up their Zen 4 cores to deliver more per-core performance. This is good news for consumer workloads, many of which are not tremendously multi-threaded.

TSMC's 5nm lithography process promises to deliver increased silicon density in AMD's Ryzen 7000 series. If AMD are not increasing their core counts, the company will be increasing their transistor counts per core. This allows AMD to add more features, strengthen areas of their Zen core designs, or add new features like integrated graphics.

While having more cores is great for some workloads, many others would benefit from increased throughput on a per-core basis. If AMD can strengthen their Zen cores in the right areas, Zen 4 could offer tremendous performance gains. Once you add on Zen 4's expected clock speeds increases, things will get even better. We expect big things from Zen 4.

I feel the move to ddr5 is a mixed bag on the one hand ddr4 option would be nice on the other it splits the motherboard market something i feel amd doesnt want to upset as we now get a lot more motherboards to pick from.

The only real down side is if ddr5 will go fully mainstream and prices reduce on them parts due to mass prodution or if they will stay high.

I'd expect core counts to go higher once 3nm is possible as they will have the space and maybe more willing to just go higher across all the different use cases.

I'm intrested in zen 4 like all, but buying zen 4 might be a case of zen 5 or 6 for me after i get my little mitts on a new CPU and soon hopefully