Earlier this week we reported on AMD's Ryzen 7000 series price cuts, and how they impacted the value of AMD's new Zen 4 AM5 processors in the UK market. Now, two days later, AMD's Ryzen 7000 series CPUs have seen their prices drop further, with AMD's CPU flagship, their Ryzen 9 7950X now being £170 cheaper than it was when it launched in September.

Today, all of AMD's Ryzen 7000 series processors are available with significantly reduced prices, with all CPUs seeing price drops of between £85 and £170 from their original launch day values. These prices significantly increase the value proposition of AMD's Ryzen 7000 series, especially when combined with the lowering prices of DDR5 memory kits.

It is likely that AMD's lowered Ryzen 7000 CPU prices are due to the competition provided by Intel's 13th Generation Raptor Lake processors, which can support lower-cost DDR4 memory and are priced aggressively. AMD's new Ryzen 7000 series CPU prices make AMD's AM5 CPU platform a lot more appealing, especially for PC gamers who want a motherboard that will be supported long-term, as AMD has confirmed that socket AM5 will be supported until at least 2025. 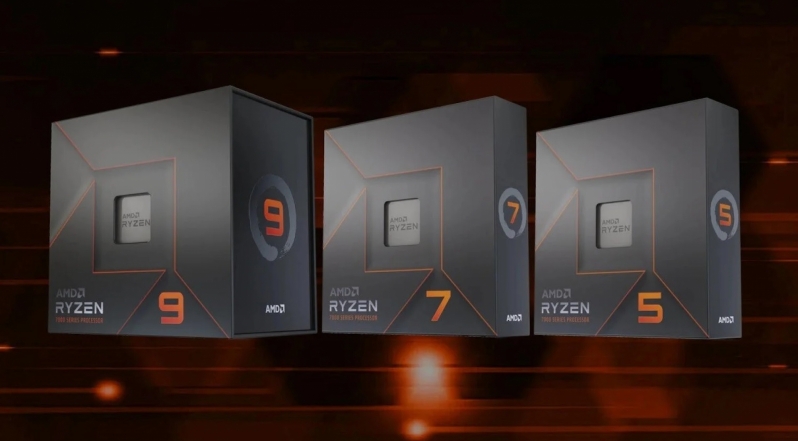 Next-year, AMD is expected to reveal enhanced Ryzen 7000 series processors that will feature AMD's V-Cache technology. These processors will carry premium prices and should offer significant performance improvements in most games and workstation workloads that benefit from large caches. These processors should make AMD the undisputed king of PC gaming performance, at least at launch.

In time, AMD are also expected to release non-X Ryzen 7000 series CPUs that will carry lower prices, catering to budget-oriented PC builders. Though at this time it is unknown when AMD will release these processors.

You can join the discussion on AMD's Ryzen 7000 series CPU price cuts on the OC3D Forums.

AngryGoldfish
Hmmm... The 7600X is looking better as a potential upgrade. I'm still struggling to justify a new build with a previous gen upgrade. I really want to build an SFF system, but €200 for a B550 motherboard is steep.Quote

NeverBackDown
Quote:
Same boat as you. Currently a 5800x and a B550 board is cheaper and honestly not a big enough difference to justify the price increase for 7000 series. A 5800x3d is just as much as a 7700x and is still on par for the fastest gaming setup from AMD.Quote
Reply