APUs are coming to the DIY market

AMD's APUs are processors that feature both Ryzen CPU cores and Radeon Integrated graphics, with the Ryzen 5000G series offering users up to 8 cores and sixteen threads and up to eight enhanced Vega Compute Units. (CUs). 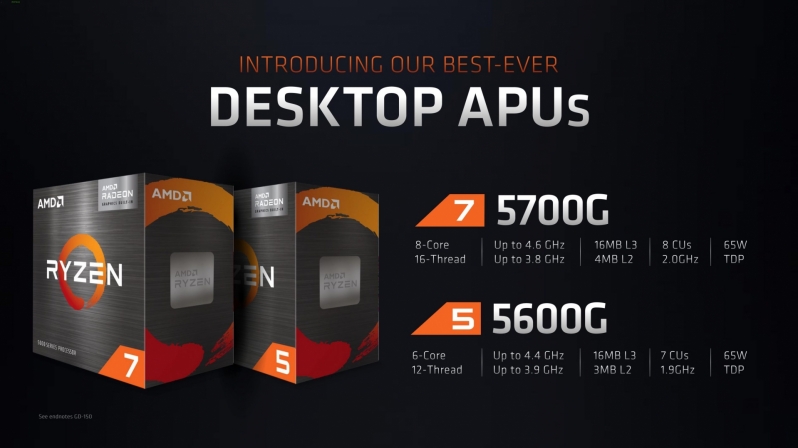 When compared to Intel's i7-11700, AMD's Ryzen 7 5700G is said to deliver a 38% performance advantage in content creation, 35% faster productivity and a 2.17X increase in iGPU gaming performance. If these data points are accurate, AMD's latest Ryzen processor smashes its competition within the DIY segment.

With gaming GPUs being scarce, the Ryzen 5X00G series will allow PC gamers to create a gaming capable system without a discrete graphics card, allowing DIY builders to assemble a working PC and wait for today's GPU supply situation to resolve itself. 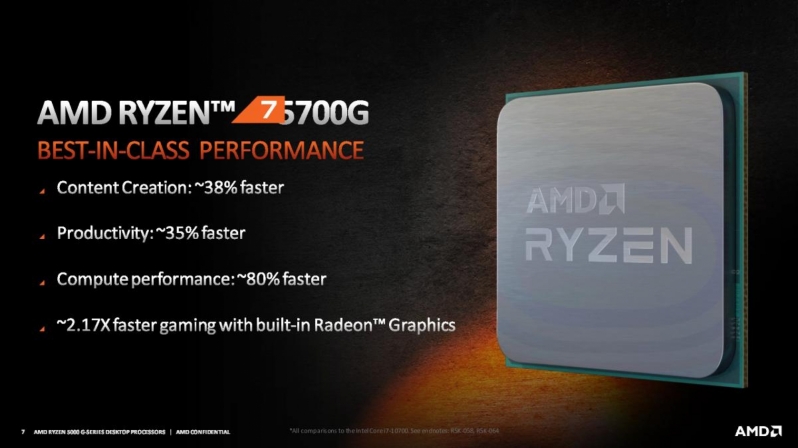 AMD's boasting some excellent performance data when compared to their Intel competitor, though it remains to be seen how these processors will compare in 3rd party reviews. 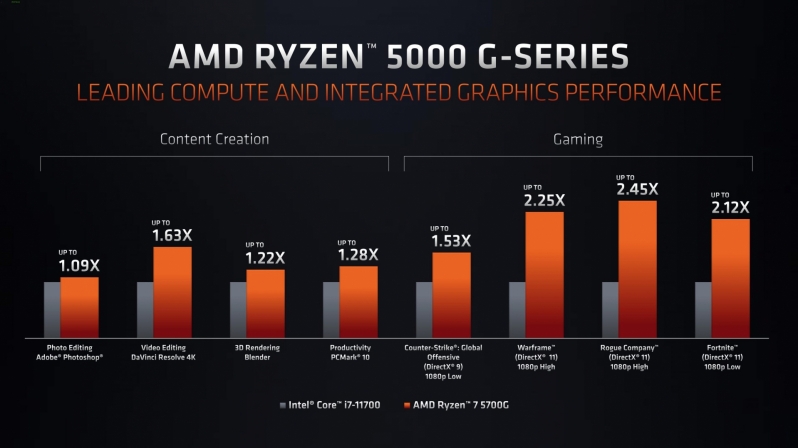 You can join the discussion on AMD's Cezanne Desktop APUs coming to the DIY market on the OC3D Forums.