Has the AMD/Intel price war begin?

Intel's Alder Lake launch has set the CPU wars into motion once again, with many of Intel's latest processors delivering aggressive pricing compared to its Ryzen counterparts and higher performance levels in some key areas. See our full Alder Lake I9-12900K and i5-125600K review for more details.

Today, the question on everyone's lips is how AMD will respond to Intel's Alder Lake launch. We already know that AMD plans to release enhanced Zen 3 processors in early 2022, but how does AMD plan to combat Intel's aggressive CPU pricing? Yes, AMD's AM4 platform generally has lower motherboard/DRAM costs than Z690/DDR5 Alder Lake setups, but that doesn't mean that AMD's CPU pricing is not a factor that's worth considering.

At this time, it is unclear whether or not AMD plans to officially reduce the pricing of their Ryzen 5000 series processors to combat the threat posed by Intel's Alder Lake CPU lineup. Is Micro Center's Ryzen 7 offer temporary, or is it the start of a broader range of price cuts from AMD? 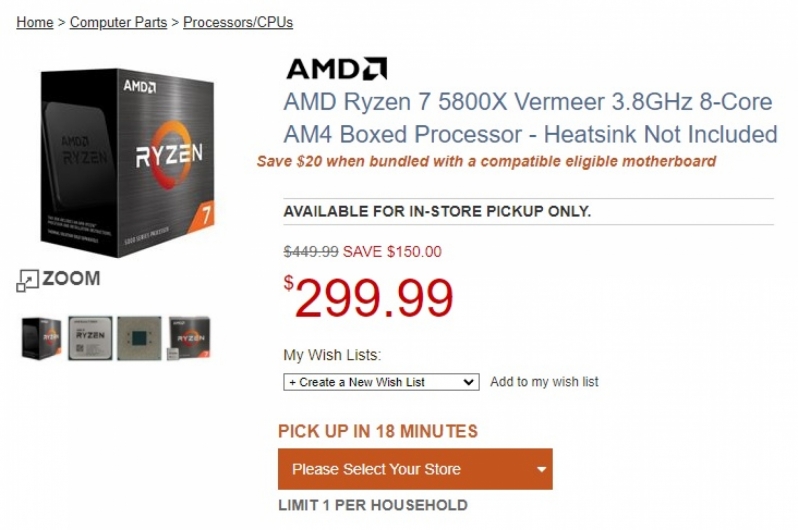 With Black Friday being just around the corner, we expect AMD to offer aggressive Ryzen 5000 series prices at retailers to push PC builders to construct an AMD-based system. AMD has new Zen 3 processors coming to their AM4 platform in early 2022, making now a great time to sell off their current CPU stock at reduced prices before more powerful models replace them.

You can join the discussion on AMD's Ryzen 7 5800X Microcenter price cut on the OC3D Forums. 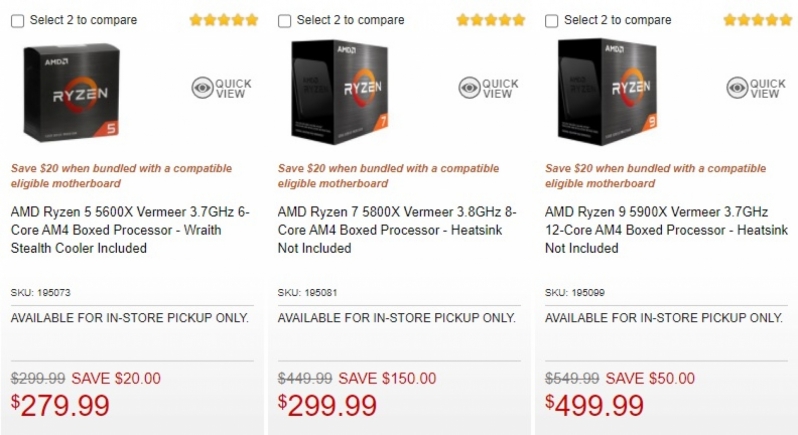 NeverBackDown
Damn that's a big price cut. They must be worried about alder lakeQuote

AngryGoldfish
But it's just Micro Center. Have AMD themselves actually officially reduced prices? If they haven't, maybe they aren't that worried about Alder Lake.Quote

That will explain it. I know, it doesn't seem to have anything to do with it, but watch it any way. Very interesting. Bottom line is? once the price drops on an item and people see it for that price? you're done. That item will then need to be sold at that price.Quote

ET3D
Quote:
Not really. Micro Center undercuts the rest of the stores regularly. That has never caused a global US price drop on products.

That's not to say that Ryzen prices won't drop, but so far the price on Amazon and Newegg is less than $10 below to the previous price (before Alder Lake release).Quote
Reply