Expect to hear more about this processor later this month

AMD's Ryzen 7 7700X has an OPN code of 100-000000593, which lines up with existing rumours regarding AMD's Ryzen 7000 series. The CPU below features AMD's new IHS (Integrated Heat Spreader) design, proper AMD logos, and all of the icons and numbers that we would expect from a real processor. In short, we don't think that this CPU image has been faked. 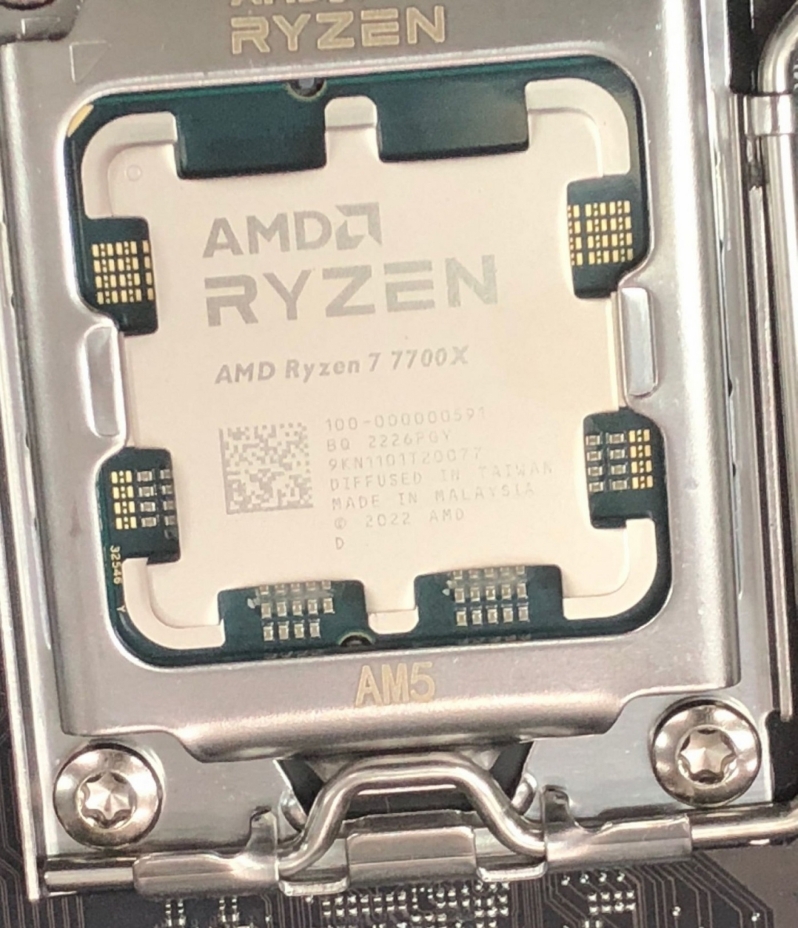 Sadly, we cannot comment on the real-world performance of AMD's Ryzen 7000 series processors at this time, as there are too many unknowns that will can impact this. Does AMD's architectural enhancements with Zen 4 benefit gamers outside of offering them higher core clock speeds? Should we expect larger performance gains than these clock speeds suggest? For that information, we will need to wait for reviews.

You can join the discussion on AMD's Ryzen 7700X image on the OC3D Forums.