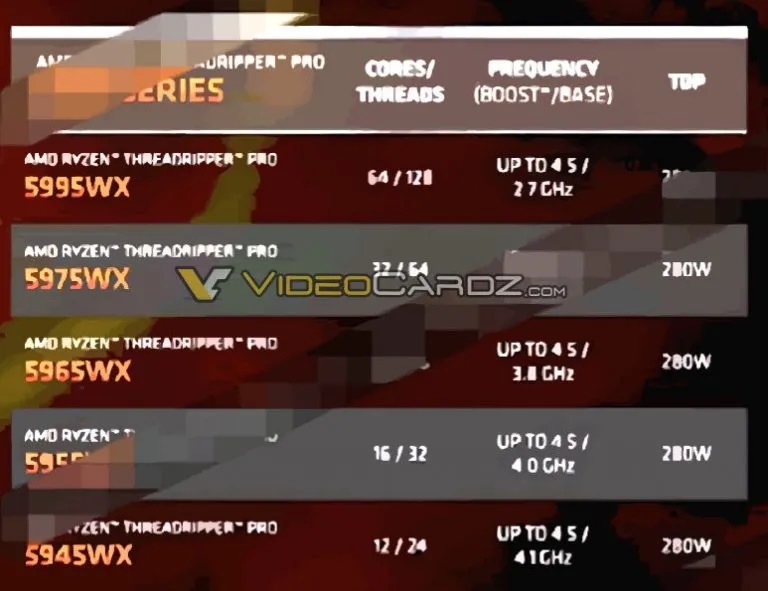 You can join the discussion on AMD's Ryzen Threadripper PRO 5000 CPU specs on the OC3D Forums.

66racer
Makes sense for them to drop normal TR but I do hope we see PBO support on TR Pro. That would be the only feature I would miss about TR. There was just too much overlap with their products. TR, TR Pro and Epic. They needed to drop TR or TR Pro in these times especially.

Now, what I hope to see are ATX WRX80 boards WITH at least 4 PCIe 16 slots, more the better. I can always put an NVME RAID card in if I need that many NVME drives, dont need them all on the board.

Always hated that about TRX40. In general, I wish we had more pcie slots on all WS branded boards too. I get it for gaming boards, but a WS branded board should have more PCIe slots than its gaming version.Quote
Reply