Does AMD have a 170W CPU on the horizon?

Thanks to @TxLexington on Twitter, we have gotten a detailed look at AMD's new AM5 socket, its heatsink retention mechanism and a look at the socket's supported TDP ranges.

These leaks also act as further confirmation that AMD will be moving away from PGA (Pin Grid Array) based CPU designs with AM5, moving to an Intel/EPYC-like LGA (Land Grid Array) design. This move will make it harder for AMD's processors to be damaged during use or shipping, which is a positive step for AMD.

Moving to LGA will also eliminate a longstanding issue with AMD's consumer-oriented processors, CPU pull-out. Many AMD users accidentally pull out their AMD processors while removing/replacing their CPU heatsinks, leaving their CPUs prone to damage. The shift to an LGA CPU design/retention mechanism would eliminate this issue, making AMD's processors more user friendly. 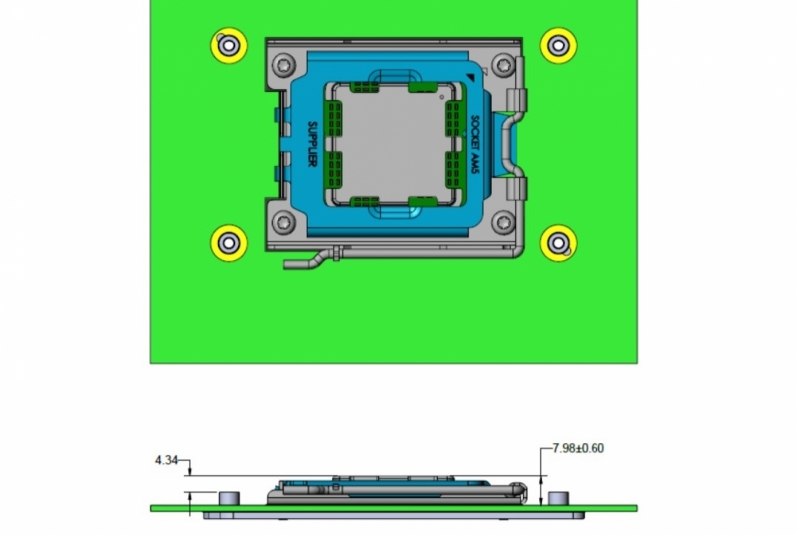 Based on @TtLexington's leaks, it has also been stated that AMD's AM5 socket will support processors with TDPs of 45W, 65W, 95W, 105W, 120W and 170W. Right now, AMD's highest TDP AM4 processors are 105W, suggesting that AMD's planned AM5 processors will feature higher power limits.

AMD's leaked data sheets have detailed that the company's 170W processor will require a minimum of a 280mm liquid cooler to operate optimally. At this time, it is unclear why AMD wants to launch such a high-wattage processor on their consumer-grade AM5 socket. A 120W processor seems like a natural progression from today's 105W TDPs, but 170W seems like an overly large TDP jump.

AMD's Zen 4 processors are due to launch in 2022, and these processors will presumably support AMD's 600-series motherboard chipset, the company's AM5 CPU socket and DDR5 memory.

You can join the discussion on AMD's AM5 socket on the OC3D Forums.

g0ggles1994
Another rectangular mounting generation, can't wait to see how it will mess with ITX boards. I hope AsRock continue using the square LGA mounting like they did with the X570IQuote
Reply