Will AMD's Spectre issues be behind them in 2019?

During the company's Q4 2017 earnings call, AMD reiterated their position on both Spectre and Meltdown, reconfirming that their processors are immune to Meltdown and that Spectre Variant 2 is "difficult to exploit" on their CPUs. The company has also reaffirmed that they are shipping microcode patches to provide additional mitigation steps against Spectre 2.

In future CPU architectures, starting with Zen 2, AMD has confirmed that they have made changes to their core designs to address potential Spectre-like exploits, which means that AMD's Spectre problems will likely be behind them in 2019 and beyond.

AMD's upcoming 12nm Zen+ architecture is currently set to ship in early Q2 with microcode-level patches for the exploit, which is good news for AMD's upcoming product launch. Zen+ is based on the same Zen architecture as AMD's first Generation Ryzen products, offering a move form Globalfoundries 14nm to 12nm and potential optimisations to improve certain aspects of AMD's CPU design.

Below are the comments of AMD's CEO, Lisa Su, regarding Spectre;

For Spectre variant 1, we continue actively working with our ecosystem partners on mitigations, including operating system packages that have begun to roll out, We continue to believe that variant 2 of Spectre is difficult to exploit on AMD processors. However, we are deploying CPU microcode packages that in combination with operating system patches to provide additional mitigation steps.

Longer term, we have included changes in our future processor cores, starting with our Zen 2 design, to further address potential Spectre-like exploits,  We continue to collaborate closely with the industry on these vulnerabilities and are committed to protecting AMD users on these and other security threats, as they arise. 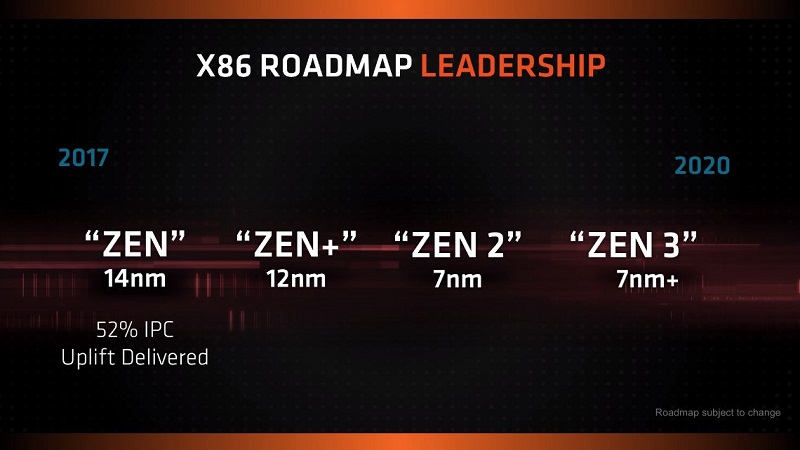 Q1 2018 is expected to be a busy time for AMD, with the company projecting earnings of around $1.55 billion, owing thanks to strong demand for both their Graphics cards and processor varieties. This quarter is expected to be a strong one for AMD's EPYC processors, especially if AMD can address the concerns raised by Spectre quickly.

You can join the discussion on AMD's Zen 2 architecture offering design changes to counter Spectre on the OC3D Forums.

AlienALX
Well that's something to look forward to next year too

Also by not saying immune they are protecting themselves. Seeing as this type of exploit is brand new, the range of possibilities might not fully have been explored yet.
If they said immune they would be setting themselves up for failure. There will be more exploits of this nature coming soonQuote
Reply