Thanks to the Serve The Home forum users 111alan, we have gotten our first look at AMD's SP5 CPU socket, the socket which will be the home of AMD's 4th Generation EPYC processors. These CPUs will be powered by AMD's new Zen 4 CPU cores, which will be available in Genoa (Zen 4) and Bergamo (Zen 4c) flavours with maximum core counts of 96 cores and 128 cores respectively.

With their Zen 4 series of EPYC processors, AMD will be delivering customers higher CPU core counts, new Zen 4 cores, faster PCIe connectivity, a 50% increase in memory channels, and a significant uplift in memory bandwidth through the use of DDR5 memory. AMD's EPYC Genoa and Bergamo CPUs/platforms will represent a huge generational performance uplift over Milan series products. 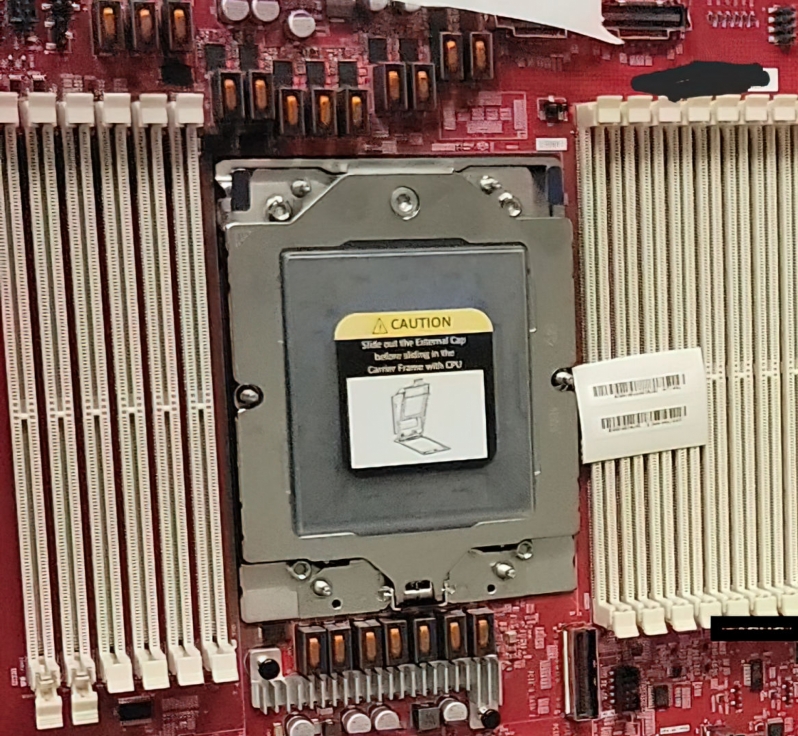 If AMD follows the same productization path as Zen 2 and Zen 3, AMD is also likely to launch Zen 4 based Ryzen Threadripper Pro series processors in time. That said, these processors will likely launch long after the company's Zen 4 Ryzen and EPYC CPU product lines.

You can join the discussion on AMD's SP5 EPYC CPU socket on the OC3D Forums.