A lot of rumours have been circulating recently regarding AMD's Zen 5 processors, all of which stem from a report from MoePC which details AMD's "Strix Point" processors.

AMD's Zen 4 processors will likely transition the company onto 5nm silicon and into the DDR5 memory standard. Beyond that, Zen 4 will reportedly add integrated graphics to AMD's entire desktop CPU lineup, turning all of their consumer-oriented processors into APUs. With Zen 5, AMD will reportedly deliver even more significant changes, utilising a big.LITTLE style structure like Intel's upcoming Alder Lake platform.

If these new rumours are to be believed, AMD's Zen 5 "Strix Peak" processors will feature 8 "big" Zen 5 cores alongside four "little" cores. AMD's Zen 5 processors are also due to be manufactured using TSMC's 3nm lithography process, assuming that it is ready in time for Zen 5.

With Zen 5 targeting a 2024 release timeframe, it is worth remembering that the PC market could rapidly change over the next three years. As such, AMD's roadmap could change. This will be especially true when it comes to Zen 5's reported use of TSMC's 3nm lithography node, as the global semiconductor supply chain is currently in a turbulent state, making forward-planning difficult.

MoePC has claimed that AMD's Zen 5 architecture will feature changes to Zen's memory subsystem and relatively large changes elsewhere. Let's hope that this means that AMD will be continuing to boost Zen's performance across gaming and productivity workloads, giving all hardware enthusiasts a reason to upgrade their systems. 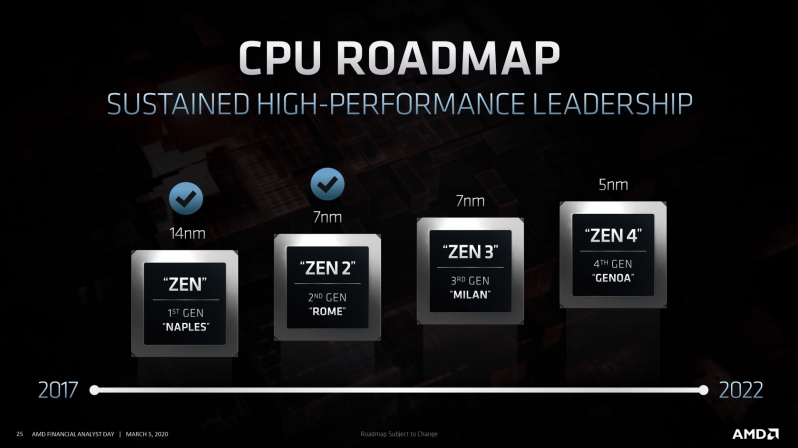 If this report is accurate, Strix Point will deliver some significant changes for AMD's Ryzen product line, integrating power-efficient "little" cores into their mainstream CPU designs while also pushing iGPU performance closer to the forefront.

You can join the discussion on AMD's rumoured Zen 5 "Strix Point" processors on the OC3D Forums.

NeverBackDown
The bigger hurdle is getting Windows to correctly use big.LITTLE core designs. Going to take a long and very collaborative effort on both parties to make sure it correctly utilizes the cores.Quote

m2geek
Quote:
Pretty sure that Microsoft are going to want the support right out the gate themselves when/if it arrives, it's in Their best interests too after all.Quote

Warchild
Quote:
Want and able to support are two different things. They still havent got HDR right. So its going to take time until its fully utilised the way its expected to be.Quote

NeverBackDown
Quote:
That and some of their UIs aren't even updated to W10 standards and still look the same as W7 days. They slowly been changing that. But that's the problem. They take forever.Quote
Reply