AMD has big ambitions for the datacenter, with their EPYC 2nd Generation processors being central to their plans, delivering a huge generation over generation performance improvement over their 1st generation offerings.

For starters, AMD's ROME processors up their core/thread count to a maximum of 64/128, a 2x increase over their current-generation offerings. On top of that, AMD is also offering a 2x performance boost to Floating Point performance, which when combined with AMD's core count changes results in a 4x boost to floating point performance.

AMD has confirmed that their EPYC 2nd Generation "ROME" processors will release in Q3 2019, bringing the world's first 7nm x86 datacenter processors to the market. 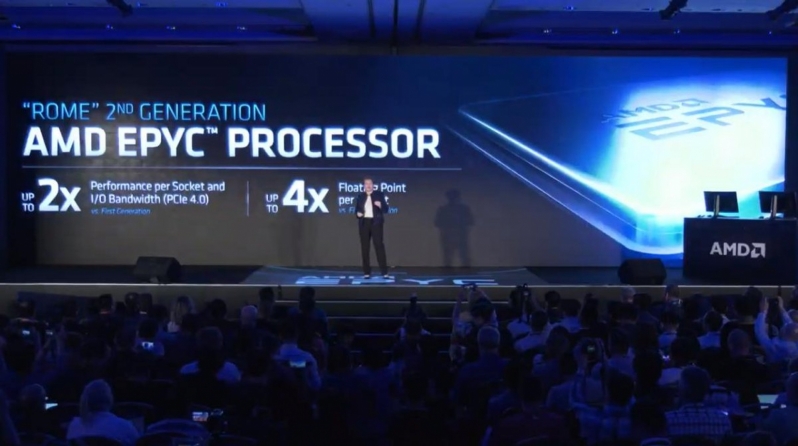 In 2021, AMD plans to create the world's fastest supercomputer using EPYC processors and Radeon Instinct Graphics solutions, both of which will be using future generation of EPYC and Radeon products. AMD is aiming for the top, and that's an exciting thing to see.

You can join the discussion on AMD's EPYC 2nd Generation ROME processors on the OC3D Forums.