AMD signals its intent to showcase Zen 4 at Computex 2022

AMD plans to showcase their next-generation products at Computex

In a new tweet from Lisa Su, AMD's CEO, she confirmed that she will be discussing the company's Zen 4 based Ryzen 7000 series processors during her Computex 2022 keynote.

Lisa Su's Tweet showcased an image of her talking beside an image of a Ryzen 7000 series processor, and her tweet stated that the is "excited to shade the latest in high-performance computing" at Computex 2022 on May 23rd.

At Computex, AMD is likely to showcase their upcoming Ryzen 7000 series processors alongside their new AM5 motherboard platform. Multiple motherboard manufacturers have already confirmed that they will be showcasing X670 motherboards at Computex, which means that we should learn a lot more about AMD's future products at the event.

AMD's Ryzen 7000 series processors will use Zen 4 cores, will deliver consumers higher clock speeds than their existing Zen 3 counterparts, support DDR5 memory, and support PCIe 5.0 connectivity. With their Ryzen 7000 series, AMD plans to deliver once of their largest generational performance leaps to date. 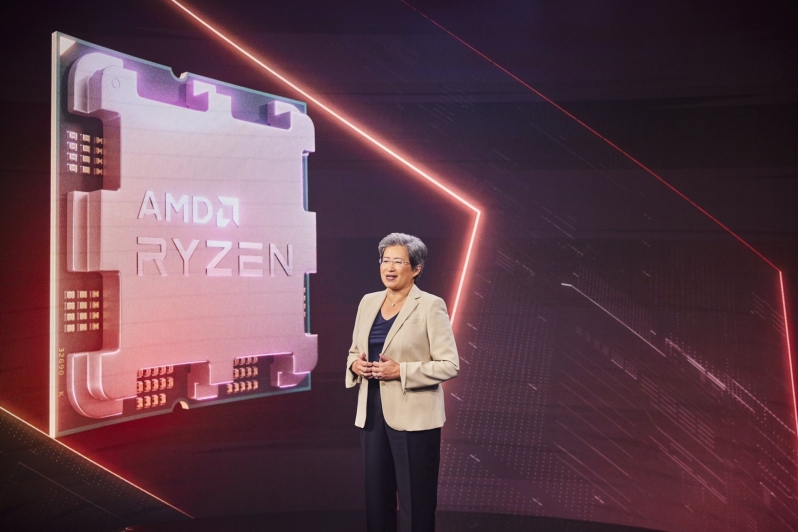 AMD's Computex 2022 keynote will be hosted on May 23rd at 2 pm Taipei time. For viewers in the UK, this translates to 7 am UK time.

You can join the discussion on AMD's expected Computex 2022 Ryzen 7000 showcase on the OC3D Forums.