Are Ryzen 5000 CPU failure rates as high as claimed?

Our sources say NO

Are Ryzen 5000 CPU failure rates as high as claimed?

While defective units should be expected from almost all products, PowerGPU's data showcased worryingly high failure rates. However, it is worth remembering that this claim was unsubstantiated, from a single source, and that is all traced back to a single, now-deleted, Tweet.

In another tweet, PowerGPU claimed that out of 320 CPUs, they had "6% die". This would be a damning claim if this held true for other major system builders, so we contacted our friends within the industry to see what their failure rates were like.

We won't name our industry source here, but suffice it to say that they are from a major UK-based system builder that provides their customers with plenty of Ryzen-based desktop options. Our source claimed that they had experienced no DOA CPUs for the Ryzen 5000 series, a claim that either makes PowerGPU incredibly unlucky or our source incredibly fortunate. That said, we haven't seen any claims of DOA Ryzen CPUs with consumers, outside of those who had their CPUs damaged in transit by couriers.

In response to these high failure rate claims, many have commented that AMD has lowered their standards to sell more chips, which is a claim that has no basis in reality. Purposefully selling sub-standard chips will only increase returns volumes. That would then place additional strain on the market as AMD will need to supply new customers while also replacing returned/faulty processors. This would result in a poor customer experience, and not do anything to combat their supply shortfall.

Yes, almost certainly. It is rare for any product to be shipped internationally and be 100% free of any faults. There is a reason why returns policies exist amongst retailers and why governments enforce fair trading practices.

When companies ship thousands of processors, there will always be a few duds in the mix. The same is true for Intel, AMD and Nvidia. Product failures happen, that is a simple fact of life. Based on our industry sources, AMD's Ryzen 5000 series isn't experiencing failure rates that are any higher than what could be considered normal. 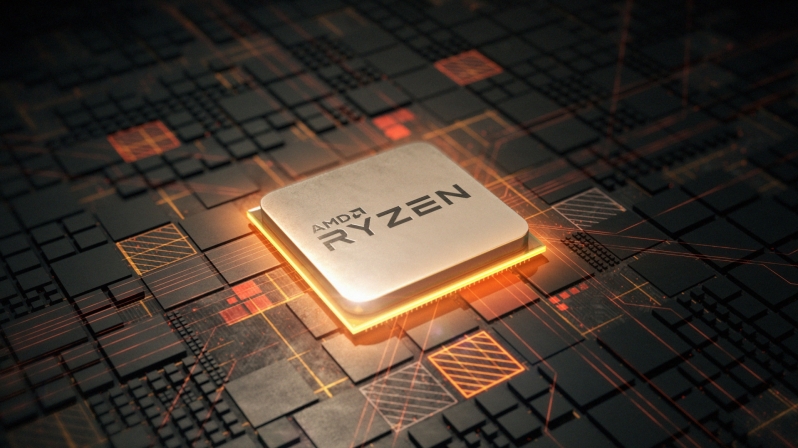 In response to Tech Radar's inquiry, AMD claimed that they are investigating these claims and that they are "unaware of any similar issues", which means that no other system builders have reported similar issues. If we take AMD at their word, it means that Ryzen 5000 series failure rates are within industry norms and that PowerPC may have been unlucky or the victim of some strange hardware compatibility issues.

AMD is looking into a claim by a custom PC builder regarding higher-than-expected failure rates they are experiencing with Ryzen 5000 series desktop processors. We are unaware of any similar issues at this time.

You can join the discussion on AMD's Ryzen 5000 series failure rates on the OC3D Forums.

Gothmoth
and keep in mind that the guy (i think it is just one guy building PC´s) had claimed on his website that he does it for 22 years and has build nearly 800! PC´s.

800 PC´s in 22 years.... that´s one guy in his basement but not a big company.
and you can be sure that with his failure rates i would NEVER buy a PC from him.

that wccftech has published this tweet without any further investigation is a sad joke.

ps:
for what it´s worth.... the only DOA CPU i had in 28 years of building my own PC´s (including for family and friends) was an intel 486 DX.Quote

Bartacus
Ironically my 5950x landed with a bunch of bent pins due to damage in shipping, but my local nerds unbent the pins, and it's been A1 ever since.Quote

robbiec
AMD did cheapen the packaging compared to the 3000 series. I was quite surprised at the little amount of packaging protection for my 5950X but no problems for me. There does seem to be a hint of FUD about AMD on some social media platforms getting more traction in the last few weeks. The 'Pat' effect at Intel perhaps?

Warchild
The bent pins fiasco can merit some truth to his post, since I have heard that alot on the 3000x series too. But I would assume its all been grossly exaggerated to get clicks.Quote

robbiec
Quote:
I remember crunching the corner of a Duron before, still worked though. I'm at maybe 20 machines in 30 years, but they all worked. Can't say he's not trying but maybe after 800 or so, maybe he should look into another career path :PQuote
Reply