The overclocking records include the Ryzen Threadripper 3990X's clock speed record, which has been pushed to a staggering 5.748GHz, albeit on a single core.

ASRock and SPLAVE are proving that AMD's decision to release its Threadripper 3990X was the right move, as it is quickly garnering headlines and has showcased itself to be the halo product that AMD needs.

Below is a list of overclocking records that SPLAVE has broken with AMD's Ryzen Threadripper 3990X. 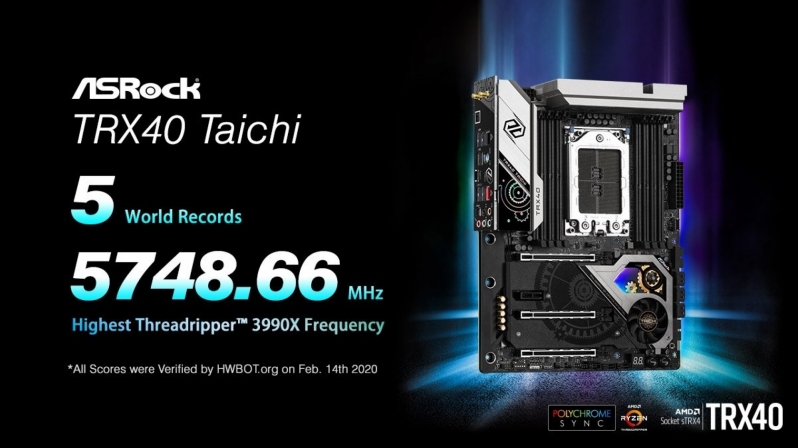 You can join the discussion on ASRock's record-breaking Ryzen Threadripper 3990X overclocks on the OC3D Forums.