ASRock reveals its X670E Taichi ahead of Computex

Expect to see a lot of new AMD motherboards at Computex

ASRock has release, and then deleted, a video showcasing their X670E Taichi motherboard, ahead of AMD's Computex 2022 Keynote. This video, although deleted, has confirmed that AMD's X670E chipset can support PCIe 5.0, DDR5 memory, and can support advanced features like Thunderbolt 4.0.

AMD is expected to release X670E motherboard in addition to standard X670 motherboard, though at this time it remains to be seen what the difference is between X670 and X670E. We expect AMD to reveal more at Computex.

Below is what ASRock had to sag about their X670 motherboards in the description of their video.

ASRock reveals a series of motherboards based on the revolutionary AMD X670 chipset. The new motherboards are equipped with many exciting features and new technology such as PCIe 5.0 & DDR5 capability, the insane IO capability including the support of Thunderbolt 4.0 has pushed the X670 platform even further into high end desktop category, ASRock went all out on the VRM design too, with total of 26 phases SPS Dr.MOS design on the X670E Taichi, it is the most powerful AM5 product ASRock can offer, and on top of that, there’s a special edition motherboard X670E Taichi Carrara to celebrate the 20th birthday of ASRock!

Based on the image below, we can see that ASRock's X670E Taichi motherboard appears to feature a passively cooled chipset, two PCIe X16 slots (both may be PCIe 5.0), and heatsink that appear to cover multiple M.2 SSD mounting locations. We can also see four DDR5 memory slots, and a heatsink that covers a 26-phase VRM. 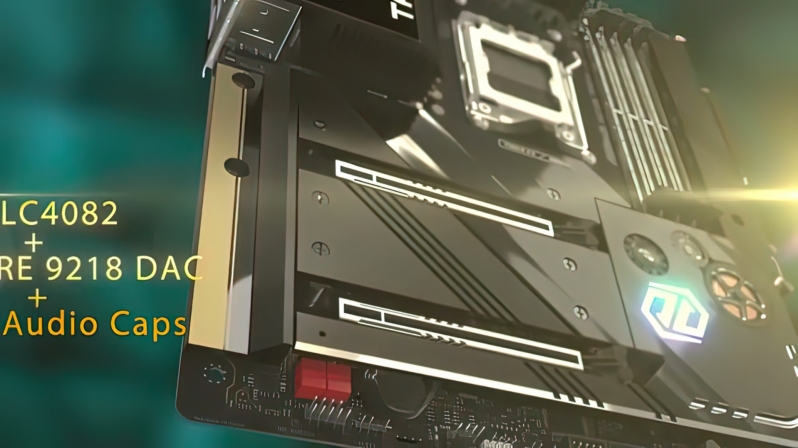 Right now, we expect motherboard makers to reveal their X670 motherboards shortly after AMD's Computex 2022 keynote. This keynote will be streamed on June 23rd.

You can join the discussion on ASRock's x670 Taichi "reveal" on the OC3D Forums.

KingNosser
All I know of these E boards is double chipset so that with PCI-E 5 DDR5 is going to cost a bit but i'd expect maybe £4-500 boards sure not going to be a cheap upgrade to that platform.

I'm sure going to wait until later gens when it all calms down.Quote
Reply