It looks like ASUS has two AM4 Strix series motherboards on the way with the B350-F Gaming and the X370-F Gaming. These two motherboards are designed to fill in some gaps in ASUS' AM4 lineup, offering a more premium addition to their B350 lineup and a high-end X370 offering that sits between the X370 Pro and the Crosshair VI Hero.
As we can see in the image below, the X370-F Strix comes with the same AM3+/AM4 mounting holes as the CrossHair VI Hero and a similar design for PCIe lanes and storage options, though the Strix does come with a different power design that looks like it has fewer phases.
The B350-F Strix Gaming comes with a similar design to the X370 variant, though it again comes with a different power design, storage options and lacks the X370's RGB illuminated IO cover. 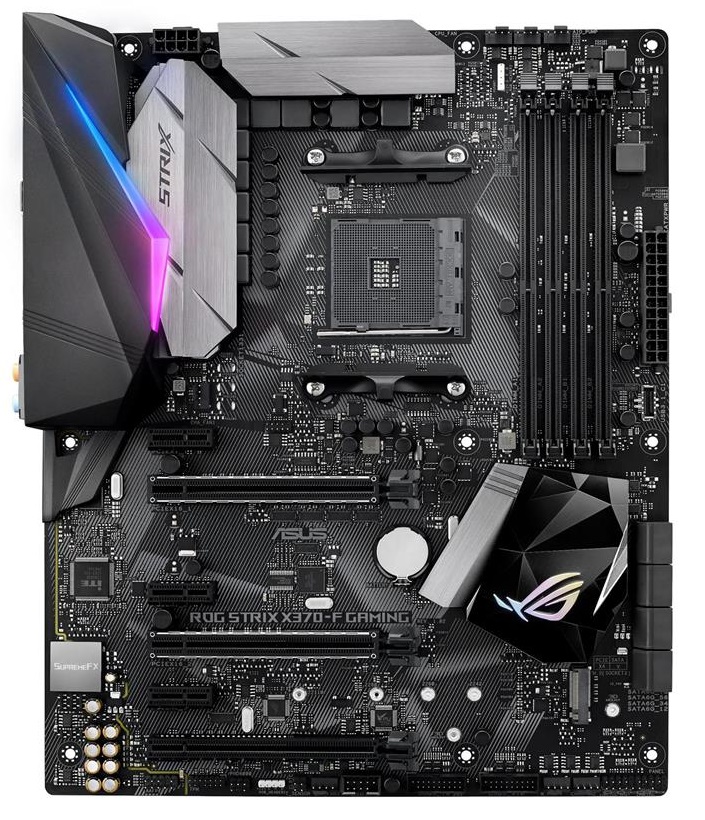 At this time these two motherboards have not been priced in the UK, though they are both expected to be priced lower than their ROG varients.

You can join the discussion on ASUS' AM4 Strix series motherboards on the OC3D Forums.

Kilbane
Still prefer the CH6, but then I have to say this after shelling out for one.

Much better aesthetic in comparison to the Pro, can see this being a big seller for AM4 builds.Quote

The B350 is less than £120 listed, which for a Strix board is unbelievable. And the X370 is just over £180. I'm honestly thinking of giving my MSI board the boot if my RAM doesn't work well after the next AGESA updateQuote

NeverBackDown
Quote:
It is a low price for a Strix board, but put that price into context and it is the most expensive B350 board on the market:P

I like the MSI Carbon Pro look the best still. I'd say this is tied with the CH6. Though if I had to choose, i'd probably choose the Strix 370 over the MSI board, simply because Asus has tends to have the best BIOS options.Quote

AlienALX
MSI Arctic are still my faves. That Strix board is gorgeous, but man that white and grey combo just does something to me